Would you want to live in a world where your thoughts and speech are punishable by death? Well, this very grim prospect is the reality of millions of people living in countries with blasphemy laws. Blasphemy refers to speech that insults or disagrees with a religion and its teachings. Since 2009, September 30 is marked by the Center of Inquiry as International Blasphemy Rights Day to raise awareness for the cruel blasphemy laws practiced in over 69 countries.

On 30 September 2005, a Danish newspaper named “Jyllands-Posten” posted 12 editorial cartoons of Muhammad, the founder of Islam. The move, justified by the newspaper as an attempt to criticize Islamic censorship, angered prominent Danish-Muslim groups. After a failed court case and lack of support from the government, a congregation of Danish imams, led by Ahmed Akkari visited the Middle East to drum up support for the cause.

After months of hysteria and manufactured lies, Ahmed Akkari sought enough support from Muslim-majority nations to launch a movement against the Danish government. The protests reached far and wide and had major international implications. Danish embassies around the world were bombed and over 100 people, including the protestors, were killed.

This stunning act of religious intolerance shook the world and triggered many debates about freedom of speech. Years after the matter settled down, Ronald A. Lindsay, CEO of the Center for Inquiry, was presented with the idea of honoring the right to free speech on the anniversary of the Danish article. The idea was accepted and since 2009, every September 30 is celebrated as International Blasphemy Rights Day.

Centuries after its colonization by England, Australia enacts the first constitutional ‘Blasphemous and Seditious Libels Act’ in New South Wales.

To defend freedom of speech, the Center for Inquiry honors September 30 as International Blasphemy Rights Day.

The Danish parliament votes to repeal blasphemy laws in practice since 1866.

How many countries have blasphemy laws?

A report by the National Secular Society concluded that there are over 69 countries that practice blasphemy laws. This came in addition to the Freedom of Thought Report in 2019, which found that in six of these countries, blasphemy is punishable by death.

Is blasphemy punishable in the U.S.?

The majority of 19th-century blasphemy laws in the U.S. have been wiped out and deemed unconstitutional. In 2009 “The New York Times” reported that laws regarding blasphemy are still prevalent in the states of Wyoming, Michigan, South Carolina, Oklahoma, and Massachusetts.

Which country has the worst blasphemy laws?

Iran and Pakistan top the list with the most brutal blasphemy laws. There, the alleged blasphemers can face execution by hanging or prolonged imprisonment.

5 Blasphemy Laws That Will Blow Your Mind 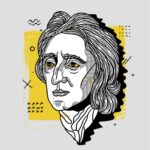