Ukraine Constitution Day is observed on June 28 every year and celebrates the date of the adoption of a new constitution in the Ukraine. On this day in 1996, the Ukrainian parliament — also known as ‘Verkhovna Rada’ — voted for the acceptance of the new document. Since then, Constitution Day has been celebrated as a national holiday every year.

Ukraine was a member of the Soviet Union until 1991, and during that time it enacted four different constitutions — one of which being the Constitution of the Ukrainian Soviet Socialist Republic, which was passed in 1978. After the disintegration of the Soviet Union in 1991, the Ukraine waited another three years to hold a presidential election, which Leonid Kuchma won in 1994.

In 1995, Kuchma signed a Constitutional Agreement and then established the Constitutional Commission, which would finally lead the Ukrainian parliament — the ‘Verkhovna Rada’ — to meet and approve the new constitution, in 1996. In a session without breaks that lasted for a whole day and a whole night, 315 deputies voted in favor of the renewed document, which would give Ukrainians more freedom of speech and human rights. Not only that but also progressively expanded the rights of private properties and defined Ukrainian as the only official language of the country. Ukraine Constitution Day became a work-free holiday right then and is even mentioned in the constitution itself — the only holiday to be mentioned in it.

Constitutions are documents that state the main principles or precedents that make up the legalities of a country or even a company. These papers determine how these entities are to be governed and limit the amount of power a government or leader has, so as to not overpower the predefined fundamental rights. In other words, a constitution is a document that contains the most important laws of a country or company and cannot ever be overlooked.

The Constitution is Signed

The final constitution, under the gaze of the Soviet Union in the Ukraine, is signed.

Kuchma is elected and takes office.

The Constitutional Agreement is Signed

President Kuchma signs an agreement that substitutes as the constitution until another is drafted.

The New Constitution is Approved

The current Ukrainian constitution is signed and approved by parliament.

What is Constitution Day called in Ukrainian?

Constitution Day is called ‘День Конституції’ (Day of the Constitution).

What is closed during Ukraine Constitution Day?

Most stores and restaurants are closed since it’s a work-free holiday.

What is Ukraine known for?

Not only is it a beautiful destination, but also the main producer of wheat in the world.

Why We Love Ukraine Constitution Day 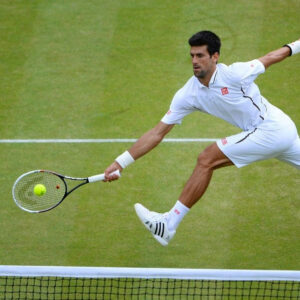