Time to Talk Day, February 6, draws attention to mental health and the importance of reaching out to others. The day aims to help people open up and be honest about mental health, without the fear and stigma often attached to the topic. It can be daunting to express personal struggles and because of this, many people keep everything bottled up. By opening up, the likelihood of the person suffering seeking help increases, which can be crucial to the healing process. On Time to Talk Day, help raise awareness about mental health and be a part of changing the narrative.

History of Time to Talk Day

Although there is still a long way to go in changing perceptions about mental health, the past was much worse, especially for women. In Victorian times, women were considered mentally unwell for any number of reasons that weren’t necessarily valid. Some of these reasons for such a diagnosis were post-partum depression, disobedience, and anxiety. In reality, many women were misdiagnosed due to a lack of information regarding mental illness, and an unfavorable view of women.

During the 1880s, people were placed in mental facilities, but they rarely received the help that they actually needed. When a person entered a mental facility, they were often forgotten about by society. A writer named Nelly Bly wanted to investigate this, so she went undercover inside a mental institution, posing as a mentally ill person. She wrote about the improper treatment she experienced in a series of articles, and as a result, the institution she wrote about was reformed.

The importance of mental health started advancing in the 1930’s when experts began understanding the reasons that could drive a person to madness. Austrian neurologist Sigmund Freud developed theories relating to why this behavior took place with the intent to understand and help people rather than leaving them at the mercy of facilities and prisons. His experimental theories, however, weren’t very well-received and not all of them were effective.

Fast forward to the present day, perceptions surrounding mental health and understanding it has come a long way. Experts have better knowledge of the causes and how to treat it, but there are still many misconceptions attached to the subject the public has yet to fully reconcile with. Because of this, the social movement Time to Change created Time to Talk Day in 2014, initiating millions of conversations worldwide through various channels about mental health. Their goal is to reduce mental health-related stigma and discrimination by raising awareness and changing the narrative.

Sigmund Freud develops many theories delving deeper into the psyche of those deemed as mad, and experts take a deeper look at the causes.

Nelly Bly went undercover inside of a mental facility and wrote about her experience which led to the reform of the institution.

Many women were misdiagnosed for actions unrelated to mental illness based on their gender.

How do I respond to someone with a mental illness?

It’s best to listen to the person and offer words of encouragement and understanding so they don’t feel guilty.

What is the most common mental illness?

What is the color of mental illness?

Mental health awareness is represented by a green ribbon. In the 1800s, green was the colour used to label people who were considered insane

How To Observe Time to Talk Day

5 Facts About Time To Talk Day

Why Time to Talk Day Is Important 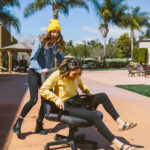