Bubblegum Day is celebrated every year on the first Friday of February. For most of us, bubblegum is somewhat a forbidden fruit. It is not essentially nutritious and parents are reluctant to give children bubblegum since it may prove detrimental to their dental health. Many schools also forbid it because gum in hair and under desks is gross. However, there are only very few of us who haven’t grown up enjoying a stick of bubblegum every once in a while. It is sweet, available in a myriad of flavors, and can be blown into bubbles! As we grow up, bubblegum is probably one of the few candies that we continue to enjoy — it’s not uncommon for adults to consume mints in the form of bubblegum, especially to combat bad breath or nicotine addiction.

Bubblegum Day was first celebrated in 2006 by author Ruth Spiro. She decided that the world needed a day that highlighted the importance of education, philanthropy, and most importantly, bubblegum. The celebrations were a hit from the very first time, and people quickly warmed up to the noble cause behind the day. Bubblegum Day encourages children to be generous and motivates schools to support a charity that aligns with their beliefs. National Bubblegum Day celebrations aren’t restricted to just schools, either. Adults celebrate the day by getting their businesses, libraries, and community centers to participate in philanthropic drives and give back to the community. Children pay 50 cents for the privilege of chewing gum at school on this day, which is then donated to charity.

Walter Diemer was experimenting with new gum recipes, and he stumbled upon a recipe that he called Blibber Blubber. This was less sticky than regular chewing gum, and it would stretch more easily too. This gum became popular and was eventually named Dubble Bubble. This bubblegum remained the dominant brand of bubblegum until after the Second World War.

In the new market, Bazooka bubblegum gained popularity. The first brands in America that used synthetic gum bases were Hubba Bubba and Bubble Yum — these were a welcome change from bubblegum that would often stick to the face. Bubblegum is most commonly available in pink. They got their distinctive pink color from the original recipe that Diemer used. Children prefer flavors such as strawberry and blue raspberry, while being skeptical of more complex flavors. Modern bubblegum consists of natural rubber such as chicle and some synthetic gum-based materials.

Bubblegum is invented by Walter Diemer.

Comic strips are added to bubblegum wrappers to boost sales.

How much do kids spend on bubblegum each year?

Kids in North America spend approximately half a billion dollars on bubblegum every year.

Is Swell Bubblegum a triple whammy?

What does Bubblegum Day teach kids about charity?

It teaches kids the value of giving to a worthy cause. By giving a 50 cent donation for the right to chew gum, kids understand they’re part of a day that is doing good in the world.

5 Facts About Bubblegum That Will Blow Your Mind

Why We Love Bubblegum Day 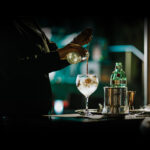 Our Lady of Suyapa

The Day the Music Died
Virgin of Suyapa's Day