While there is lots more to be celebrated on July 4, Sidewalk Egg Frying Day makes it onto our list as well, as we bring you the science behind this rather odd-sounding national holiday. The idea behind the holiday is to be more conscious of the benefits of solar energy, so much so that you can fry an egg using it, though be careful not to get fried by the summer sun yourself. And if you were wondering where the name of this holiday came from, yes, it’s from the popular phrase, ‘it’s so hot I could fry an egg on the sidewalk’. In Oatman, Arizona, this phrase is almost taken literally, as every year on the Fourth of July,  a Solar Egg Frying Contest is held where participants compete to fry an egg using solar energy in under 15 minutes, using whatever materials/objects they want (including mirrors and magnifying glasses).

Apparently, for the past 100 years or so, people have been trying to successfully fry eggs on pavements. So while fireworks light up the sky in the U.S. on July 4, eggs also litter the pavements, as this wacky holiday continues to be celebrated across the country.

One of the earliest references to the concept of frying an egg on the sidewalk comes from an issue of the “Atlanta Constitution” (1899) where, in a column titled ‘How to Keep Cool,’ Dr. Francis Henry Wade mentions how the “bricks of the sidewalks [are] hot enough to fry eggs.” An article published in the “Los Angeles Times” in October 1933 made this idea more popular, by reporting record-breaking temperatures in one of the L.A. neighborhoods, where people were actively discussing the possibilities of making sun-cooked eggs, given the right equipment.

In 1983, in Oatman. Arizona, Fred Eck founded the annual Solar Egg Frying Contest where participants use homemade contraptions to fry an egg in under 15 minutes. Some overachievers go so far as to prepare bacon and fries too! Other places have also attempted to cook eggs in the sun, with varying levels of success. In 2013, an anonymous YouTube video from Death Valley National Park had people braving 120-degree heat to attempt to fry eggs directly on the rocks. In 2015, in Australia, temperatures reached 111 degrees Fahrenheit and sparked a trend where YouTubers tried to fry eggs on the sidewalks.

Of course, the science behind this is all wrong, since concrete and bricks are not conductors of heat, but the phrase has stuck, and now Sidewalk Egg Frying Day is very much a part and parcel of American pastime culture.

The Concept of Pavement Fried Eggs is Introduced

Dr. Francis Henry Wade’s comment about the sidewalk bricks being hot enough to fry an egg sparks a trend.

A picture of actor Pat Rooney Jr. attempting to fry an egg in Times Square shows how trendy the pastime is.

The Perfect Fried Egg is Developed

Can you fry an egg on the sidewalk?

You can try to, but we wouldn’t recommend it, for hygiene purposes as well as for scientific reasons. The truth is that concrete (which is what most sidewalks are made of) is a bad conductor of heat, therefore if you crack an egg on it, the egg will not cook evenly, and would remain half-cooked at best. You’d be better off using some sort of metal surface, like the hood of a car or tin foil.

How hot does it have to be to cook an egg on a car?

Ideally, 150–160℉ is the temperature range needed to fully cook an egg. For vehicles parked directly in the sun, the cabin temperature can reach up to 116 degrees and the metal body of the car can definitely reach 150 degrees or more, making it suitable for ‘egg-speriments’!

How long does it take to cook an egg on the sidewalk?

It takes about 20 minutes for an egg to cook completely on the sidewalk. 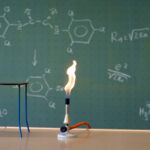 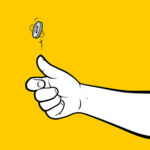 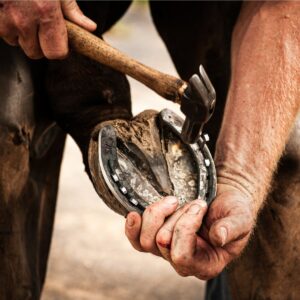