Put a Pillow on Your Fridge Day is celebrated on May 29 and it’s meant to bring you prosperity and good fortune. The name of this day is quite literal, for on this day people are to put a pillow on their fridge for the magic to work. In the old tradition, people would put their pillows inside of their fridge for this ritual to work, but not everyone finds sleeping on a chilly pillow all that comfortable. You’re more than welcome to try that instead to honor the old ways, but only if you can withstand the cold.

History of Put a Pillow on your Fridge Day

Pillows have come a long way from their rustic origins. It’s believed that pillows have existed since 7000 BCE, in early Mesopotamia. Back then, they were made of stone and while that couldn’t have been the most comfortable, it is believed that they kept bugs from crawling into their mouths, noses, and ears. Egyptians believed that the head was the seat of spiritual life and used different materials like marble, ivory, stone, ceramic, and wood as pillows.

The ancient Greeks and Romans created pillows that were closer to what we use today. Common people of the time used materials such as cotton, straw, and reeds, while the wealthier citizens stuffed their pillows with soft down feathers. Despite the change in comfortability, people didn’t use them all that often, especially those who couldn’t afford the extra expense.

During the nineteenth century, the Industrial Revolution made the pillow common. At this time, almost every household used pillows. The industrialization of many processes made them more attainable to the common person and more affordable because they were mass-produced. The engineering of the pillow continued throughout the years and materials such as cotton, linen, silk, and velvet were used for pillows. Throw pillows were even used as decorations for rooms.

Today, there are many pillow brands offering people a great range of options to suit their specific needs. There are gel pillows, boyfriend pillows, and body pillows to help people find peace while they sleep. The exact origins of Put a Pillow on Your Fridge Day isn’t known, but many believe that it’s a modernized version of the old tradition of putting linens in the pantry to bring good luck. No matter what you believe in, everyone can agree that now that we have the pillow, we can’t imagine sleeping without it.

Put a Pillow on your Fridge Day timeline

Pillows come in a range of options and people celebrate a revised old tradition of putting them on their fridge to bring good luck.

The Industrial Revolution mass produces pillows and they become more affordable for the public to purchase.

In Ancient Greece, people would use cotton, straw, and reeds in their pillows, but they weren't common.

In Mesopotamia, people used pillows made of stone to keep bugs from crawling into their mouths, noses, and ears.

Put a Pillow on your Fridge Day FAQs

When should I replace my pillow?

When should I wash my pillow?

You should wash your pillow every six months.

What are the risks of sleep deprivation?

Sleep deprivation can cause memory loss and the ability to plan and sense time can be severely impacted.

How To Celebrate Put a Pillow on Your Fridge Day

Why We Love Put a Pillow on Your Fridge Day

Put a Pillow on your Fridge Day dates

Put a Pillow on your Fridge Day related holidays

National Clean Out Your Fridge Day 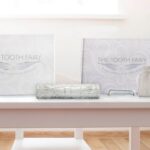