Pop Music Chart Day is on January 4 and isn’t music an amazing way to tune up the new year? Pop music is catchy and difficult to resist. Even if it’s not your typical jam, you’ve probably bobbed your head to a pop song or two, and you may even know a few. Pop music is currently the most popular type of music and there’s a chart every week. While some songs stay on the charts for a week, others that are more popular can stay on the charts for months.

The origin of Pop Music Chart Day is unknown. However, pop is a genre of popular music that emerged in its recent form during the 1950s in the United States and the United Kingdom. During the 1950s and 1960s, pop music incorporated rock and roll and the youth-focused behaviors it influenced. Pop music was somewhat similar to rock, until the late 1960s, then pop became associated with music that was more commercial, convenient, and short.

Popular music and pop music are often used to mean the same type of music, but popular music equally relates to all music that is popular and comprises many different styles. Although a significant percentage of the music that features on record charts is seen as pop music, the genre is different from chart music.

Factors that are common in pop music include the repeated choruses and hooks, short and medium-length songs, which are often about two to three minutes in length, and the lyrics in a basic format (often the verse-chorus structure). Pop music features rhythms or tempos that can be easily danced to, making it more commercial. Much of pop music also borrows elements from other styles such as dance, rock, indie, urban, Latin, and country.

On Pop Music Chart Day, the countdown of the top 10 or five songs on the chart is played. These top songs are usually popular hit songs loved by most. Many pubs and restaurants will blast these pop songs on Pop Music Chart Day and pop music events and festivities will be organized to celebrate.

Pop music originates in the U.S. and the U.K.

The King and Queen of Pop

Michael Jackson and Madonna are crowned King and Queen of Pop.

Ariana Grande is voted, especially by teenagers, as the most influential female pop artist.

What is a pop chart?

A pop chart is a list of the most popular or best-selling pop music at a particular time. And in general terms, a music chart is a ranking of recorded music according to certain criteria within a particular period.

What female pop star is recognized as the best-selling artist of all time?

The Guinness World Records still ranks Madonna as the best-selling female recording artist of all time.

What male pop star is recognized as the best-selling artist of all time?

Elvis Presley is recognized as the best-selling artist of all time with Michael Jackson following closely. 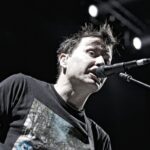