Weigh-In Day is an annual celebration on January 4, right after all the big festivities like Christmas, Thanksgiving, and New Year’s are over. It is the ideal time to see what the holiday season did to our bodies, to check in on ourselves at the beginning of the new year. By weighing ourselves, we encourage ourselves to get started on our fitness goals and healthy diet routines. Although it’s not clear who came up with this day, it is a necessary reminder to get our bodies back on track. To get things started, we’ve compiled a list of the best bathroom scales currently on the market.

The oldest version of the weighing scale dates back to 2400 B.C. in the Indus River valley. These were balance scales used for banking and exchange, with uniform polished stone cubes as measuring stones on one side of the scale. They had a varying range of masses used for calculation. In 1878 B.C., Egyptian merchants used scales to measure gold. Marks on stones with the hieroglyphic symbol for gold act as evidence of this gold measuring system, with scales depicted through signs or murals on ancient walls. In the 4th Century B.C., weighing scales whose balance was made of wood with bronze masses were discovered in a tomb in China.

By the 19th century, European soldiers were being weighed on simple balance scales to deem them fit or unfit. One soldier would stand on one side of the scale while standard weights were put on the other side. This criterion of fitness was later popularly known as BMI or Body-Mass-Index. Around the 1900s, this fitness criterion started being applied to people outside the military. People began to become conscious of their weight, and until the 1970s, weighing scales could be seen at train stations and public places where people could weigh themselves using a coin. By the 20th century, this self-measuring tendency became restricted to more private spaces, and weighing scales became compact and digital.

Informally, Weigh-In Day has existed for as long as weighing scales and overeating during the holidays have. The Christmas feast of stuffed roast turkey, mashed potatoes, pudding, and fruit cake, has been a tradition since medieval England when King Henry VIII was the first British monarch to have a Christmas dinner that included them. Thomas Tusser, an English farmer who was also a poet, wrote that by 1573, roast turkey was a Christmas feast staple. Holiday meals have gotten richer and more calorie-filled since those times, and Weigh-In Day pushes people to take a step back after the holidays and be aware of the effects of all those calories on the body. This holiday is all about fighting the urge to just let go of yourself and finding the courage to stand on a scale.

The scale can be a double-edged sword when trying to lose weight. Sometimes your diet and exercise are going great, so you’re happy to step on a scale; other times, you’ve hit a slump and might have overindulged once or twice, and you would rather smash it than get on it. Either way, the weighing scale is handy in your fitness journey. All that’s needed is the proper knowledge of the time and ways to use it. Checking the scales regularly helps you stay on track with your weight management and fitness goals so that you can make changes before any weight gain gets out of hand. However, people with eating disorders or anxiety related to weight or even going on the scale should take breaks from weighing and regularly speak with a psychologist or mental health professional to avoid a breakdown.

Egyptians use balance scales in their gold measuring system.

The military begins to recruit soldiers who the weighing scale shows as fit.

From being part of public culture, the weighing scales move to the private space of the bathroom.

When should I weigh myself during the day?

Weighing oneself at the same time every day is ideal for the best results. Do this using the same scale too.

Should you weigh yourself daily?

Daily weighing yourself can serve to remind you of your fitness goals. It also helps you keep track of your weight fluctuations.

How much weight do you lose overnight?

One can lose one to three pounds of weight overnight. Most of this is usually water weight.

How to Celebrate Weigh-In Day

Why We Celebrate Weigh-In Day 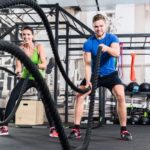