Dimpled Chad Day is observed on January 4 of every year in memory of the infamous punched card voting ballot. A chad is a small piece of paper that’s punched and removed when a hole is made in cardboard via a machine or with the force of hand. When the chad is not removed completely, though, it is called a dimpled chad. These unremoved chads brought the entire country to its knees on the eve of the 2000 presidential election. Revisit this great national spectacle as we remember the chad and the havoc it wreaked.

The dimpled chads have an undeniable foothold in American politics. Brought into practice in the 1960s, the punched card voting system was one of the most prevalent methods of voting in the 20th century. But its fate had certainly run its course in the year 2000.

The 2000 presidential election was fought between George W. Bush (R-FL) and Al Gore (D-TN). As the day came to an end on November 7, 2000, all leading news channels called the election in favor of Gore. But the state of Florida was yet to declare a winner, with Bush leading the count by a few hundred votes.

More than 30 Florida counties used the Votomatic-style punched card ballots to register the votes. But as expected, many ballots weren’t properly punched. Thousands of voter rolls were discarded because of the dimpled chads, i.e. when a fragment of paper gets stuck to the cardboard even after being punched out. Because of the close count, Gore demanded an automatic machine recount, which was appealed by Bush in the Supreme Court. The Supreme Court, of course, stopped the recount and declared Bush the winner, a month and six days after the election.

Being one of the oldest functioning democracies in the world, the U.S. has certainly seen its fair share of election mishaps. We grew up listening to stories about John F. Kennedy vs. Richard Nixon’s hotly contested tally, and about how the “Chicago Tribune” incorrectly listed “Dewey Defeats Truman” — it’s almost a meme at this point.

The congress assembled on January 6, 2001, to declare Bush the official winner of the 2000 presidential election, which might be the reason why January 4 is reserved for the national condemnation of the notorious punched card ballots.

White tax-paying men cast their first-ever votes by shouting the name of candidates out loud.

Australian paper ballots are adopted in the states of New York and Massachusetts.

The punched card voting system is adopted across the U.S., with companies like I.B.M. pushing for the computerized tally of votes.

Pregnant and dimpled chads are the same thing, in which the chads stay attached to the ballot at all four corners, even after the action of punching. A slight indentation is all they bear, which isn’t enough for the voting card to be counted.

Who won the 2000 presidential election?

The ruling by the Supreme Court that shut down the official recount of Florida resulted in George Bush’s victory by a mere 537 votes. But, experts have concluded the results of the recount wouldn’t have necessarily made Al Gore the winner. So, we really can’t say who won the 2000 presidential election based on the vote count.

Are punched card ballots still used in the voting process?

The Florida Election Reform Act of 2001 abolished punched card voting in all 67 counties of Florida. This Act also authorized the use of scanner voting and touch-screen voting as the only viable methods of registering votes in every election thereon.

How To Celebrate Dimpled Chad Day

Why We Love Dimpled Chad Day 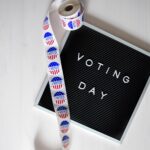 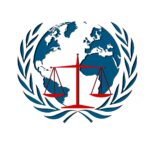