If you love the crunch that comes from salty roasted nuts embedded in a buttery hard sugar bark and broken into multiple pieces, you’ll be excited to celebrate National Peanut Brittle Day on January 26, 2022! Filled with peanuts, almonds, or pecans, this classic candy is a timeless treat perfect for any occasion!

Turns out, our favorite classic candy comes with a bit of mystery. Though there’s no traceable evidence about the origins of peanut brittle, there are multiple theories pointing to all the possible people who may have made the sweet and salty confectionary first. There are even narratives describing the creation resulting from a serendipitous mistake. One such mistake is credited to a New England woman in 1890 who was in the middle of making taffy but accidentally added baking soda instead of cream of tartar. Not wanting to waste any ingredients, she continued cooking and ended up with an accidental peanut bark. When she tasted it, she realized it was delicious and gave pieces to her friends along with her accidental recipe.

Another theory, bringing the origin back even further, is that it was originally a traditional Celtic dessert. Celts are thought to have served the brittle during holidays, supporting the theory that peanut brittle began in Europe. It’s said that they made the bark by baking a mix of sugar and peanut butter. The candy then made its way from Europe to America in the 1830s by way of Irish settlers coming to the New World. They became known for their cooking and various traditional delicacies, one of which was their peanut butter bark.

Though there are multiple origin stories regarding the confectionery, it’s absolutely possible that all of them hold some grasp of truth. This would explain the reason why peanut brittle from one side of the country might look and taste differently than peanut brittle on the opposite side. And as people move around, try different recipes, and create new ones of their own, all of the possible origin theories begin to turn into one bark of delicious brittle.

Set sail to a new world

It's theorized that peanut brittle made its way to the U.S. through Irish settlers coming to live in the New World.

A woman in New England might have created peanut brittle by accidentally pouring baking soda into her taffy mix instead of cream of tartar.

Put it in writing

The term "brittle" appears for the very first time in print

Samuel Sorensen Adams invented the snake peanut brittle can and the snake nut can, after pranking his wife by putting a cloth spring snake inside of a jar of jam.

When is National Peanut Brittle Day?

National Peanut Brittle Day lands on the 26 of January every year. Take this day to catch up on your peanut brittle quota and eat as much of the sweet and salty treat as you can.

Is peanut brittle bad for you?

Though delicious, peanut brittle is still mostly sugar and butter. We definitely wouldn’t recommend making it a daily part of your diet, but today is National Peanut Brittle Day, so don’t be afraid to indulge just this once!

What does baking soda do to peanut brittle?

Adding baking soda releases multiple air bubbles, giving the candy that delicate and porous texture you look for in a delicious brittle. 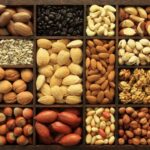