Lotus 1-2-3 Day is celebrated annually on January 26. The day commemorates the release of the best spreadsheet program to grace the market. Lotus software took the personal PC world by storm and changed the way people calculated, well, everything.

This was a must-have office software that paved the way for other spreadsheets. You may have even heard of some — Microsoft Excel, anyone? Today’s the day we celebrate Lotus 1-2-3’s birthday and the ease it brought to most individual’s work life.

In the 1970s, when people wanted to calculate anything big (like office expenses, etc.), they had to rely on big pieces of paper — literally, ‘spreadsheets.’ Then, in the 1980s, a program called VisiCalc came along. It made number-crunching very easy and took its host computer, the Apple II series, to the top of the personal computer charts. Back then, all computer systems had a ‘killer app’ that made the whole system worth buying.

In this same period, two guys Mitchell Kapor and Jonathan Sachs, launched the Lotus Development Corporation. They developed an IBM P.C., and then our hero — the Lotus 1-2-3. Taking computing one step further, the Lotus 1-2-3 was a three-in-one tool that combined spreadsheet, charting, and basic database functionality – hence the name.

While the Lotus 1-2-3 was similar to the VisiCalc, it was much faster, boasted better features, and let people multitask. This allowed Lotus 1-2-3 to become the undominated market leader, which, of course, took IBM to the top too.
The company made a killing thanks to their ‘killer app’, bringing in a net worth of $150M in their first year itself, which increased to $156.9M by the next year.

A year later, Lotus 1-2-3 was bumped out of the top position by a program that became a household name — Microsoft Excel. By the 1990s, Lotus 1-2-3 was third on the list of topmost spreadsheet programs, and it was relegated into oblivion over the years.

The Spreadsheet Is 'Invented'

The creators of VisiCalc, Dan Bricklin, and Bob Frankston, create the first spreadsheet.

A (Spreadsheet) Leader Is Born

The first Microsoft Excel program makes a debut in the Mac market, knocking Lotus 1-2-3 off its pedestal.

IBM discontinues customer support for the Lotus brand, including the core product, Lotus 1-2-3.

IBM discontinued sales of Lotus 1-2-3 in 2013. This spreadsheet program is no longer available.

How many rows and columns did Lotus 1-2-3 have? 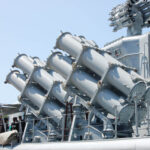 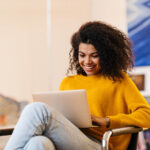