Kiss a Shark Week
AppreciationConservationEducational
Holiday search
Topics
Animal
Appreciation
Arts & Entertainment
Cause
Cultural
Federal
Food & Beverage
Fun
Health
Relationship
Religious
Special Interest
Log in Sign up
We hope your sweet tooth is ready to celebrate National Lemon Cream Pie Day on November 29. (Today we commonly call this lemon meringue pie.) Although this time of year is more typically associated with pumpkin pie, we’ll take any excuse to celebrate any kind of pie—especially a pie that’s been around this long.

Food historians believe lemon desserts have been around since the Middle Ages! Whipped cream, on the other hand, is a relative newcomer: it didn’t show up until the 16th century. It first appeared in recipes in Italy in the mid 1500s and then traveled to France and showed up in recipes there just after 1600. Somewhere between then and now, someone had the brilliant idea to marry them together in a way that’s basically sunshine baked into a pie dish.

While lemon custards, puddings, and pies have been made since Medieval times, meringue was perfected in the 17th century. Lemon meringue pie, as it is known today, is a 19th-century product. The earliest recorded recipe was attributed to Alexander Frehse, a Swiss baker from Romandy.

Travel writer Larissa Milne credits chef/entrepreneur Elizabeth Goodfellow for this pie. According to noted food historian William Woys Weaver, Goodfellow was “one of the most creative forces in American cookery during the early nineteenth century.” Her shop was unique. Unlike the many bakeries that supplied bread and daily baked goods, Goodfellow’s pastry shop provided elegant cakes, pies and sweets for Philadelphia’s high society parties.

While known for many treats, including jumbles (an early version of sugar cookies) and queen’s cakes, and individual spiced cakes flavored with brandy and madeira, her most lasting legacy is the advent of lemon meringue pie.

Food historian Becky Diamond refers to Goodfellow as “the mother of lemon meringue pie.” Lemon pudding was considered one of Goodfellow’s signature creations; she is credited with several varieties, whether served alone, or in a pastry crust as a “pie.” Lemons were a delicacy in the early 1800s, but readily available in a busy port such as Philadelphia.

Food writer Becky Diamond writes that future President Abraham Lincoln discovered the pie at an Illinois hotel while working as a lawyer, and loved it so much he requested for its recipe.

The iconic comedian's delicious and easy recipe featured in the USO Celebrity Cookbook.

What is the origin of lemon meringue pie?

Where do you store lemon meringue pie?

Why is my lemon meringue pie crust soggy?

Try placing the pie in the bottom half of the oven so that the pie crust is closer to the direct heat of the oven. Also use a glass plate to bake faster. 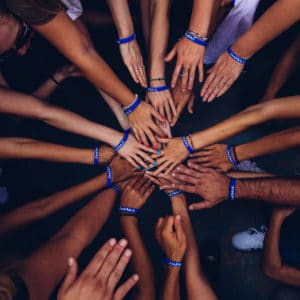 International Day of Solidarity with the Palestinian People 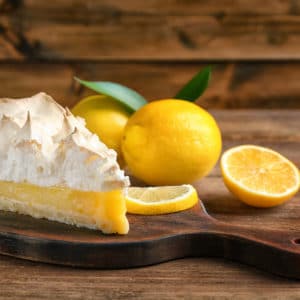