National Grape Popsicle Day is about celebrating yummy grape Popsicles. From homemade Popsicles to store-bought ones or even ones bought from the ice cream man himself — everything is about grape Popsicles today! Popsicles are a favorite treat for kids and adults of all ages. This frozen refreshing treat is the sweetest way to bring down the heat on a hot summer day.

Humans have enjoyed frozen desserts for millennia. The ancient Romans sent their slaves to the mountains to recover ice blocks, which would be crushed and served with fruits, syrups, and spices. In U.S. history, Thomas Jefferson used to entertain his guests with iced sorbets when they visited his plantation, Monticello, in Virginia.

In 1905, 11-year-old Frank Epperson was on his porch at his San Francisco home making soda by mixing water with a white powdered flavor. He went inside but forgot to take the soda, leaving it outside with the stirring stick still in it. During the night, the temperature dropped and, the following morning, Frank found his drink frozen to the stick.

In 1922, a grown-up Frank introduced his treat at a fireman’s ball and it received great praise. And by 1923, he was selling his treat-on-a-stick in an amusement park in Alameda, California. Epperson called his frozen confectionery the ‘Epsicle’ ice pop. However, his kids called it ‘Pop’s ’sicle.’ He found the name catchy and finally patented it in 1924 in order to share his ‘Popsicle’ with the whole world!

Epperson patents his invention, the ‘Epsicle,’ which he renames to ‘Popsicle,’ borrowing the name from what his children called his creation i.e. ‘Pop’s ‘sicles.’

The production of double-stick Popsicles is suspended as they are very messy and more difficult to eat than Epperson’s version.

Food corporation giant Unilever buys Joe Lowe Corporation to which Epperson had sold the rights to his creation in the 1920s.

Kevin Strahle of America sets the world record for the most ice Popsicles eaten in one minute — six.

What is healthier, Popsicles or ice cream?

Popsicles have less fat compared to ice cream. However, Popsicles are more like snacks, unlike ice cream, which is more of a comfort food or a proper dessert.

Is there a National Popsicle Day?

Is there a National Fruit Day?

National Fruit at Work Day is a fruity holiday celebrated on the first Tuesday in October.

5 Facts About Popsicles That You Didn’t Know 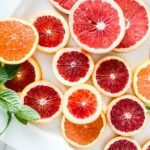