Measure Your Feet Day is celebrated on January 23 every year. If you heard about the holiday and scrunched up your face in confusion about why we need a day for measuring your feet, then Measure Your Feet Day is most certainly for you. The feet are one of the most overlooked parts of the body. Most people don’t give any special attention to their feet.

Measure Your Feet Day has a deeper purpose than simply getting people to whip out measuring tapes and compare feet sizes for bragging rights. Very few people know their true shoe size, and this means that most people’s shoes are either too tight or too loose. This leads to pain and discomfort in the feet. So in truth, Measure Your Feet Day is really about foot health.

History of Measure Your Feet Day

No one really knows who first started Measure Your Feet Day, but some sources credit it to an ancient tradition in Iceland. Spring is a very cold time in Iceland. During extreme rainstorms in the spring, ancient Icelandic natives would run into their huts and celebrate the arrival of the storms by measuring their feet in pairs and participating in the ancient Icelandic rite called Shelbing. Shelbing is done by high-fiving a fellow Icelander with your feet.

Feet expand at different stages of our lives. They flatten and get wider from all the pressure they get subjected to. Because feet expand under pressure, the best time to measure your feet is after a hard day of walking.

The Mondopoint System of Shoe Sizing

The Mondopoint system is first developed by the International Organization for Standardization to create a universal footwear sizing system.

The earliest known shoes are discovered

Some sagebrush bark sandals dating between 7000 to 8000 B.C. are found in the Fort Rock Cave in Oregon, U.S.

The Brannock Device is invented

The Brannock Device Saves the Navy

A U.S. Navy captain tells a shoe salesman about his sailors having foot problems — the salesman uses the Brannock Device and discovers they are wearing the wrong size shoes.

What time of day should you measure your feet?

Feet tend to swell throughout the day, so the best time to measure your feet is in the evening after your feet have expanded to their largest.

Is there a National Foot Day?

While there isn’t a National Foot Day, there is a National I Love My Feet Day, which is a day to appreciate your foot and pamper it with some foot care techniques. There are also other feet holidays, like National Feet Week, International Podiatry Day, and National Foot Health Awareness Month.

When is National Feet Week?

National Feet Week takes place from March 8 to March 14 every year. The week is set aside to spread awareness about foot health. During the week, people are encouraged to visit their podiatrists to check their feet

How to Celebrate Measure Your Feet Day

5 Facts About Shoes And Shoe Sizes

Why We Love Measure Your Feet Day 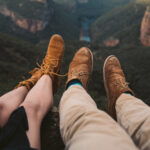 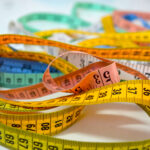 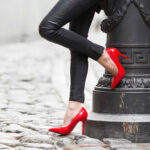 Put on Your Own Shoes Day