Big Garden Birdwatch falls on the last weekend of January every year, and we’re going to show you how you can best observe this year’s watch. Do you know that it has been more than 110 years since the Royal Society for the Protection of Birds R.S.P.B. was created? Big Garden Birdwatch was a project initiated in the United Kingdom that aimed to raise awareness about the protection of endangered species, especially certain birds. Oftentimes, these species are driven out of their natural habitat due to interference from human beings. Big Garden Birdwatch is a wildlife survey organized to motivate everyone to take steps for the protection of these species and their habitat by counting and keeping track of birds in your garden.

The Society for the Protection of Birds (S.P.B.) was founded by Emily Williamson in 1889 who wanted to protect birds and animals from extinction. Emily believed that the British Ornithologists Union was not doing a good job to protect the birds and that they did not give the matter much of their time and focus. Emily thus proceeded to form the S.P.B., which was an all-woman movement initiated for the protection and welfare of birds.

In 1904, the S.P.B. received royal status, and thus the Royal Society for the Protection of Birds (R.S.P.B.) was born. One of its first successful campaigns for the protection of ecosystems was in 1921 when the Importation of Plumage Act was passed. The R.S.P.B bought its first natural reserve in 1930, and today it has over 200 natural reserves all across the United Kingdom.

In 1965, the Royal Society for the Protection of Birds started the Young Ornithologists Club to encourage young adults and children to be a part of the movement that works toward the protection of birds and other species. In 1979, the Big Garden Birdwatch was launched in U.K. schools as Big Schools Birdwatch. The R.S.P.B. became a partner of BirdLife International in 1993, and by 1997, there were over one million members in the R.S.P.B

In 1998, the Big Garden Birdwatch project was organized in the U.K. as a project to raise awareness and protect the lives of birds and animals and their natural habitat. This observance takes place every year in January, and hundreds of U.K. citizens register themselves with the R.S.P.B. to take part in this drive. The R.S.P.B. then provides participants with the necessary resources and guidelines. House sparrows, Magpies, and Robins are some of the species to look out for.

Emily Williamson creates the Embryonic Society for the protection of birds.

The Society for the Protection of Birds gets royal status.

The Young Ornithologists Club is founded.

The Big Garden Birdwatch project is organized for the first time.

Is the Big Garden Birdwatch free?

Yes. There is no charge involved for participating in this event. All you need to do is open the R.S.P.B. website and register yourself to get the free kit containing all the needed resources.

Is there an app to help identify birds?

Yes. An app called Merlin is probably the best free app that helps you identify birds. Merlin is a free app available on PlayStore.

How do I play Big Garden BirdWatch?

Choose a place, either in your garden or your local park, and observe that spot for an hour for the next three consecutive days. Count how many birds land there (not the ones that fly by) and note down which bird species visited that spot the most.

How to Observe Big Garden Birdwatch

5 Facts About The R.S.P.B. That Will Blow Your Mind

Why Big Garden Birdwatch Is Important 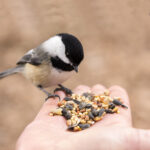 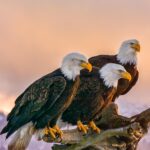 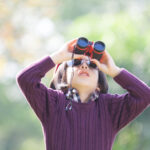