Vasant Panchami is celebrated on the fifth day of Magh by the Hindu calendar. This year it falls on January 25. The festival is also known as ‘Sarasvati Puja’ and marks the beginning of Spring. Indians living in the subcontinent and all over the world jubilantly observe this holiday in different ways depending on the religious sect and region. Saraswati is the Goddess of arts, science, music, and knowledge in Hinduism.

Vasant means ‘spring,’ and Panchami means ‘fifth’ in Hindu. The religious festival falls on the fifth day of the Hindu lunar month of Magha. It marks the beginning of the end of winter and the coming of spring. Celebrations of Vasant Panchami revolve around the Hindu Goddess Sarasvati — the goddess of all knowledge and intellect — ‘Sarasvati Puja.’ Different facets of crafts, skills, and learning are owed to her. Her persona is described in Hindu lore as wise and calm. Pakistanis refer to the holiday as ‘Basant Panchami.’

Depictions of Sarasvati vary, however, she is mostly depicted in pictures as wearing white clothing and sitting on a huge lotus flower or a peacock. Sarasvati has four hands, symbolizing wisdom, mind, alertness, and ego, respectively. Some variations show her carrying scriptures and the lotus flower in two of her hands while playing the ‘sitar’ instrument with the other two hands. Instead of sitting on a lotus, she rides on a white swan. Sarasvati stands for all things good and pure, and her throne, be it a lotus or an animal, expresses the wisdom of differentiating between good and bad. The peacock represents a lack of good understanding, held back by one’s ego.

Because Vasant Panchami also heralds the arrival of spring, the color yellow is associated with the celebration. In the Punjab region of the subcontinent, mustard fields are a common sight at this time of the year. People wear bright yellow clothes and cook colorful food, such as ‘biryani’ and ‘ladoos,’ to mark the beginning of spring. The holiday is recognized and observed by Hindus, Sikhs, and Jains in Northern India, and Panjabi Muslims in Pakistan.

The Goddess is Worshipped

During the Vedic period, the goddess Sarasvati is worshipped.

The Blessing is Bestowed

The Deo Sun Temple is Constructed

The Deo Sun Temple is constructed in dedication to the sun-god Surya.

The Holiday is Established

Yes. Vasant Panchami is considered the most auspicious day for marriages. Hindus believe that marriage is a sacred bond that can’t be done without an auspicious date or a ‘Shubh Vivah Muhurat.’

Can we drink during Saraswati Puja?

Avoiding alcohol and tobacco is advised during ‘puja.’ In observing a ‘vrat,’ it is also advised to not eat rice, wheat, and pulses.

Can we touch books on Saraswati Puja?

It is considered a bad omen to touch or read books on this day. Devotees of the goddess offer musical instruments and books to her and eat yellow rice.

How to Observe Vasant Panchami

Why Vasant Panchami is Important 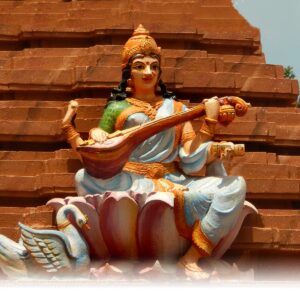