National Liberation Day in South Korea falls on August 15 annually and is also known as ‘Gwangbokjeol,’ which translates to ‘bringing back the light.’ This name represents the end of the darkness of Japan’s rule over South Korea. Gwangbokjeol is one of the few national holidays that is shared with North Korea, which also observes its Liberation Day on August 15. This holiday is celebrated with festivities, ceremonies, and parades nationwide.

One of the most unfortunate periods in Korean history happened in the first half of the 20th century when Korea became a colony of Japan. Under Japanese rule, people were forced to have Japanese names and many Koreans were forcibly recruited to provide labor for Japan and drafted into the Japanese army towards the end of the Second World War. During the time of Japanese oppression, many Koreans stood up against it, and often paid for this defiance with their lives. March 1, 1919, was the time for one of the most important uprisings of this period. On that day, several Korean nationalists declared Korea independent, however, the struggle for independence continued for another 25 years until Korea actually gained its freedom.

The day when Korea finally threw off its Japanese rulers is known as National Liberation Day of Korea or Korean Independence Day. In 1945, Korea was finally liberated from its occupation by Japan and, exactly three years later, on August 15, 1948, the Republic of Korea was officially established.

Establishment of the Provincial Government

Korean activists avoid Japanese surveillance and gather and establish the provisional government of the Republic of Korea in Shanghai.

Independent Korean governments are created — Kim II-Sung is appointed the first premier of North Korea and Syngman Rhee is made the first president of South Korea.

August 15 is officially declared as a public holiday.

The First Lady of South Korea, Yuk Young-soo, is assassinated during a Gwangbokjeol ceremony.

How is Liberation Day celebrated in South Korea?

In South Korea, many activities and events take place on the holiday, including an official ceremony attended by the President of the Republic either at the Independence Hall of Korea in Cheonan or at the Sejong Center for the Performing Arts. The official “Gwangbokjeol song” (광복절 노래) is sung at official ceremonies.

What is the most important holiday in South Korea?

Seollal (Lunar New Year’s Day) and Chuseok (Korean Thanksgiving Day) are the most important traditional holidays for Koreans, so millions of people visit their hometown to celebrate with their families.

What is March 1st known as?

March 1st is also known as ‘Samil Jeol’ in Korean. It is the day that commemorates the March 1st Independence Movement in 1919.

How to Celebrate Liberation Day of Korea

Why Liberation Day of Korea is important 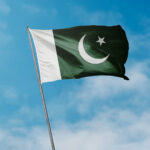