International Bat Appreciation Day on April 17 is a chance to show our flying and mostly nocturnal friends some love. As well as it obviously being a great excuse to binge a few Batman movies, it’s also an opportunity to delve deep and learn the important role bats play in the ecosystem and biodiversity. There are over 1,400 different bat species and contrary to popular opinion they aren’t blind. So, without further adieu, let’s creep a little deeper into the cave and take a closer look at International Bat Appreciation Day and everything these flying mammals have to offer.

Bat Conservation International (BCI) was founded in 1982 by a group of concerned scientists who recognized the importance of protecting bats. Bats contribute towards controlling pests, create rich fertilizer for landowners, and pollinate fruit and flowers. BCI aims to conserve bats and their habitats through a combination of education, conservation, and research.

Human activities such as deforestation, mining, and irresponsible tourism have caused a substantial decrease in the bats’ population. Bats have often been understudied and misunderstood animals. They are often perceived as disease spreaders when in reality they help keep the numbers of many pests down.

Between 2014 and 2018 the BCI identified 35 critically endangered species of bat that it became a priority to protect. These species are spread throughout the world including the U.S, South America, and The Philippines.

To help their cause and increase awareness on all that bats do for the environment, the BCI introduced International Bat Appreciation Day to our calendars. So now you know, bats have an important role to play and we should be grateful for their presence.

​The BCI collects more than 13,000 signatures in support of the Bracken Cave Preserve.

Bat Conservation International, the leading organization for the protection of bats, is created

German naturalist Johann Friedrich von Eschscholtz is the first to document the largest bat in the world, the giant golden-crowned flying fox

The oldest confirmed species of bat, Onychonycteris, is believed to have lived in the Eocene period.

It is important because we can learn all about the roles bats play within ecosystems and begin to protect and care for them.

How many bat species are in the United States?

More than 40 species of bats live in the United States.

When is International Bat Appreciation Day? 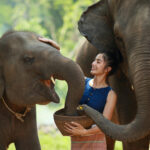