How do we celebrate the birthday of someone who is entirely fictional? Pack your wand, hop on your broomstick and join us on July 31!  We are exploring the inspiration behind the magical world of Harry Potter, one of the world’s most beloved characters. Author J.K. Rowling, who set this whole universe in motion with the release of “Harry Potter and the Philosopher’s Stone” in 1997, also — if you can believe it — shares the same birthday as Harry himself. Coincidence? If you want to celebrate in style, check out our gift guide for Harry Potter fans.

When is Harry Potter's Birthday 2023?

The Boy Who Lived is celebrated on Harry Potter’s Birthday on July 31.

Harry James Potter is the protagonist of J.K. Rowling’s phenomenal fictional book series. The story’s plot spans seven years of his life, starting on his 11 birthday when he learns that he is a wizard. He attends the prestigious Hogwarts School of Witchcraft and Wizardry, run by Headmaster Albus Dumbledore, to learn magic under the guidance of his revered school professors. He becomes best friends with Ronald Weasley and Hermione Granger, and soon discovers that his fate and destiny are tied to the dark wizard and murderer, Lord Voldemort. The record-breaking fictional series follows Harry as he juggles his school life and his predestined battle with Voldemort.

Harry Potter is an icon in pop culture and has been ranked by numerous readers, critics, and audiences as among the greatest fictional characters of all time. Actor Daniel Radcliffe played Harry in the live-action movie adaptations, from “Harry Potter and the Philosopher’s Stone” (2001) to “Harry Potter and the Deathly Hallows — Part 2” (2011).

According to author J.K. Rowling, she conjured up the idea for the Harry Potter series while waiting for a train from Manchester to London, England, in 1990. During the train ride, she came up with the story and the main characters. Over the next five years, Rowling worked on the manuscript for her story, writing many of the first drafts in cafes in Edinburgh.

Unfortunately, her story was met with multiple rejections, until it was finally picked up by Bloomsbury. And so, 500 copies of the hardback print of the first title in the series, “Harry Potter and the Philosopher’s Stone,” were introduced to the world on June 26, 1997.

That’s when the real magic started. The first book caused a sensation in the literary world and sold more than 450 million copies worldwide. Harry Potter became an addiction for both children and adults, and we have Rowling to thank for piquing children’s interest in reading again.

Where it All Began

Author and creator of the “Harry Potter” series, J.K. Rowling, is born in Bristol, England.

When Harry Potter is born to wizarding parents, James and Lily Potter, no one could have envisioned the chain of events set in motion on that day.

When Harry is just one year old, Voldemort attacks and kills his parents in their home, although unsuccessful at killing Harry, only leaving a lightning-bolt-shaped scar on his forehead.

On Harry's 11th birthday, he learns that he is a wizard, and goes to Hogwarts School of Witchcraft and Wizardry.

On his 13th birthday, Harry’s Godfather Sirius Black gifts him with a Firebolt flying broomstick.

During his last year at Hogwarts, Harry and his friends, Ron and Hermione, rally all the students and staff for a final battle to defeat the Dark Lord, Voldemort.

Married couples Harry and Ginny (Ron's younger sister) and Ron and Hermione meet at the train station to see their own young children off to their first year at Hogwarts.

Immerse yourself in fantasy with these perfect gifts to help you celebrate the magic within. 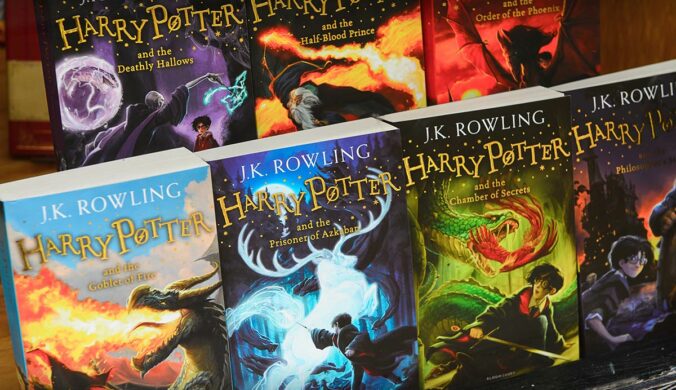 Calling all witches, wizards, and muggles to celebrate this memorable night with us! 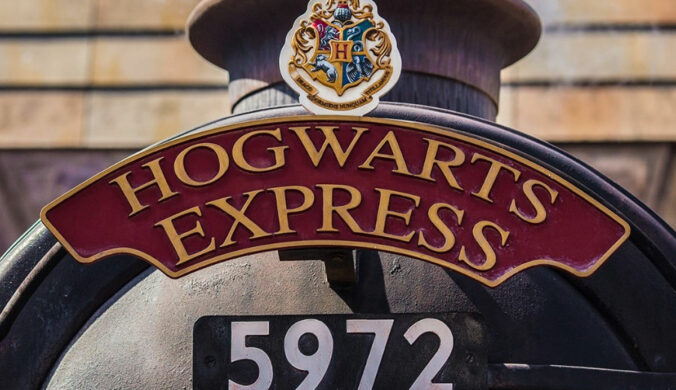 Grab your wand and let’s revel in the magical history of Harry Potter.

Harry Potter’s Birthday is not only a huge day of celebration in the wizarding world but also in the muggle world, where Potterheads zealously participate in events and parties. Fanfiction is published on different websites, watch parties of the eight “Harry Potter” movies are hosted, sweet and savory “Harry Potter”-themed food items are made, and the next generation is introduced to the series by receiving their first copies of “Harry Potter And The Philosopher’s Stone.”

The wizarding sport Quidditch is actually quite popular, and sporting events are hosted in some parts of the world. Food blogs post their renditions of various foods from the wizarding world, like Butterbeer and Pumpkin Pasties. The gaming community also shows their love by filming walk-throughs or speedruns of the “Harry Potter” video games. Potterheads also dress up as wizards and witches and some cosplay as their favorite characters from the series.

Harry Potter's Birthday By The Numbers

How to Celebrate Harry Potter's Birthday

Why We Love Harry Potter