Once upon a time, Christmas celebrations wouldn’t have been anything without caroling, and this is exactly what is celebrated on Go Caroling Day on December 20. It’s about nothing else but merrily singing songs from door to door in the spirit of the holiday season. Christmas carols were very popular decades ago, before there was digital entertainment to distract us. As it became more and more uncommon to sing along to carols, Go Caroling Day revives and preserves this classic tradition.

It is widely believed that caroling on Christmas started in 1223 at the church of St. Francis of Assisi. He thought that it was merrier to sing songs full of joy and fun during the holidays, instead of solemn hymns. He also started the live nativity scene. Caroling has been around even longer than Christmas itself, as it was a part of many religious observances and practices centuries ago. Christmas carols are essentially a subset of Christmas music, whereas caroling specifically refers to the act of singing this broad category of Christmas songs.

During the Middle Ages, another popular trend similar to caroling started, known as ‘wassailing’. It was a reference to the alcoholic drink called ‘wassail’, and the songs that were sung were vulgar and rude in nature, and therefore viewed by the church as irreligious.

Whether it was gathering around the piano in the living room, or the arrival of carolers on doorsteps in the neighborhood, caroling was a heavily practiced tradition in which people enthusiastically participated.

Christmas caroling has commonly been referred to in old classics. Whether in the story “A Christmas Carol” by Charles Dickens or the film “It’s a Wonderful Life”, it is guaranteed that, at some point, warmly bedecked carolers will arrive, heralding a critical moment or just singing traditional songs loudly for Christmas.

In the Middle Ages, many people do not enjoy carols as they are mostly composed and sung in Latin.

Christmas singing is stopped as the songs and carols have strong linkages to paganism and Catholicism.

After Queen Victoria’s marriage to Prince Albert, Christmas caroling becomes more popular than ever with the introduction of German Yuletide traditions.

During the first world war, a ceasefire was initiated by the Germans on the frontline against the British — by singing Christmas carols.

What is the point of Christmas caroling?

The idea behind Christmas caroling is to spread the spirit of Christmas by going door-to-door and singing hymns or special carols.

How do you go Christmas caroling?

If you’ve never went caroling before, here is a small guide:

1. Plan early, before everyone’s calendars quickly fill up. Set a time and date that works for everyone.
2. Build your caroling song list, make sure everyone knows the lyrics!
3. Plan out your caroling route and which neighborhoods to cover.

What is the oldest Christmas Carol?

The Christian hymn ‘Jesus Refulsit Omnium’ is frequently cited as the earliest Christmas song in the world.

How To Celebrate Go Caroling Day

Why We Love Go Caroling Day 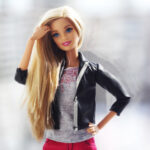 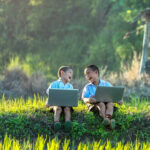