Many of us might not have loved certain popular icons in our childhood, so Barbie and Barney Backlash Day was created on December 16 every year to deny their very existence! Perhaps, it’s also a time for parents to take a break from picking up their children’s Barbie dolls or turn off Barney’s famous sing-along songs that have charmed children for many decades. Not only this, Barbies are no longer limited to dolls, there’s a wide array of movies, too. This day, offering us an interesting and somewhat hilarious take on these household names, allows some of us to just forget about Barbie and Barney for a while.

While Barbie and Barney are not the only characters to have graced our screens and lives, especially over the holiday season, these two can hit a nerve sometimes. On this day, we can switch off our television screens from their annoying singalongs, and put away the toys scattered around the home. Perhaps it’s time to read a storybook or try a different activity with children that don’t involve Barney or Barbie!

Barney, the famous purple dinosaur, was already in the making in 1987 when Sheryl Leach created “Barney and Friends”. The show first aired in 1992, taking over our screens as well as the hearts of children. The friendly tyrannosaurus rex sang and danced many of his educational messages. Who can possibly forget “I Love You”, the Barney song that made us happy when we were sad?

Parodies of that famous song at the end of “Barney and Friends” became big hits in the ’90s. Some were quite violent and definitely not child-friendly, so we will not repeat all the variations. Many of these songs went from playground to playground, at practically the speed of light, and might just have outlived Barney’s popularity!

Meanwhile, Barbie is the iconic blonde fashion doll that took the world by storm and has somewhat experienced a cultural revolution in recent years. Ruth Handler and her husband Elliot founded the toy company Mattel, Inc in 1945. Fourteen years later, Ruth introduced Barbie Millicent Roberts, better known as ‘Barbie’ to the world. She was the first doll to mimic 1950s celebrity glamor, such as Elizabeth Taylor and Marilyn Monroe.

Over a billion Barbie dolls have been sold around the world, with dozens of Barbie holiday cartoons created for children since “Barbie in the Nutcracker” was released in 2001. Because Barbie has often been criticized for representing an unattainable beauty ideal for girls and women, the doll has evolved both in style and shape over the years. In a historic moment, the Barbie brand began honoring pioneering women across the world, making dolls of athletes, women of color, and plus-sized women.

“Barney and Friends” first airs in 1992, gaining popularity among young viewers, but also gathering disapproval by some young adults, who criticize it for being ‘saccharine’, ‘sunshine-and-flowers’, and ‘one-dimensional’.

An online video is created by Ryan Steinhart, combining clips from “Barney and Friends” with the single “Hit 'Em Up”, designed to give the viewer the impression that Barney and the other characters from the show are rapping.

“Barbie in the Nutcracker” is Released

Did Barbie and Ken break up?

After 43 years together, Barbie and Ken decided to call it quits on February 14, 2004. Reportedly, the split was due to Ken’s failure to commit and Barbie’s excitement to commit, often wearing various wedding gowns. It was also the year Barbie ran for president, so she was quite busy!

Why is Barbie bad?

Barbie has been described as being a ‘bad influence’ on young girls. According to social scientists, playing with Barbie dolls negatively affects young girls’ self-esteem, body image, and even career aspirations.

Why did Barney get canceled?

The numerous lawsuits, the rise of public scorn, or the rapidly changing conventions shaping children’s television shows in the post-digital era could explain why Barney was canceled in 2009.

How To Celebrate Barbie and Barney Backlash Day

5 Annoying Facts About Barbie And Barney

Why We Love Barbie and Barney Backlash Day 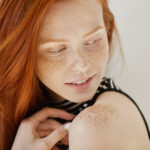