Global Selfie Earth Day is celebrated on April 22 every year. It is a day to appreciate the launching of five earth-gazing satellites by NASA into space. On this day when the world celebrates Earth Day in different styles, just remember that you need to take a selfie with the star celebrity of this day, which is our very own ‘Earth.’ The day is about awareness of how we are destroying Earth, and why we need to save it, but specifically, it is to appreciate the efforts of NASA as it launched five satellites in a single day to observe only the changes on Earth.

In the 1970s, when we first celebrated Earth Day, our planet was in a much better condition than what it is now. The National Aeronautics and Space Administration (NASA) launched its first satellite into space in 1958 to explore space and send imagery of the earth. The observations recorded and analyzed yielded results that were very important back then to study climates and overall weather conditions. Since 1958, NASA has launched several other satellites to observe Earth.

Recently, the trend of taking selfies has gained huge momentum and everything is posted on social media either for fun or for awareness. Using this momentum for education and awareness, NASA has introduced a campaign that incorporates taking selfies with a landscape in the background. One can report anything in those selfies ranging from something spectacular to something heartbreaking (in terms of Earth, not something social).

The purpose of the campaign is simply to raise awareness about global issues like Global Warming, deforestation, wildfire, and others, which are labeled under the heading of natural hazards and how man is causing these hazards. The five satellites that were launched had one purpose only: to inspect the ongoing issues on earth in greater depth and to identify a pattern in those issues. To fast-track this process and make it a social activity, NASA launched a Global Selfie Earth Day for this. The purpose of this day was to use every single picture as an individual pixel for the big picture that would be used as a selfie of Earth.

UNESCO launches a worldwide campaign to protect the environment by inaugurating ‘Earth Day.’

Gaining encouragement from Earth Day, the U.S. Congress gives clearance for the establishment of the Environmental Protection Agency.

The day is celebrated for the first time on the same day as ‘Earth Day’ for a greater impact.

The biggest Global Selfie of Earth is made as a celebration of the golden jubilee of Earth Day.

Where do I send the selfie?

Upload it on your social media, and you can use the relevant hashtags to tag NASA and other authorities who work on this platform. They will get your picture and might even use it in their project.

How can I contribute to Earth Day?

Just remember to do things that are environmentally friendly and do not cause any harm to our beautiful planet.

Why do we need an Earth Day?

To make people realize that the earth needs to be protected and looked after, Earth Day and other initiatives are taken to spread awareness. 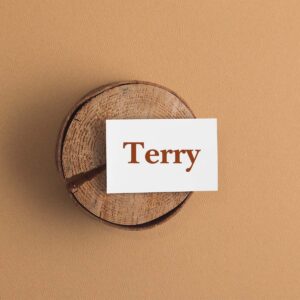