General Pulaski Memorial Day is celebrated on October 11, on the death anniversary of Casimir Pulaski. He was a Polish hero of the American Revolution. By a presidential proclamation every year on October 11, this holiday is observed to commemorate General Pulaski’s death from wounds suffered at the siege of Savannah on October 9, 1779. The day also honors the heritage of Polish Americans. President George W. Bush issued a presidential proclamation on October 10, 2002, observing the day; President Barack Obama did the same on October 8, 2010; and on October 10, 2017, President Donald Trump proclaimed the day. There is a separate local holiday observed in areas with a large Polish population on the first Monday of March every year called Casimir Pulaski Day.

In 1929, Congress passed a resolution recognizing October 11 as General Pulaski Memorial Day. Each year, a presidential proclamation is issued to renew the resolution. And this has continued every year, except in 1930, since its inception.

The day is commemorated in the United States to recognize Casimir Pulaski, a Polish immigrant and the father of the American Cavalry. Over two centuries ago, Pulaski joined the Continental Army and quickly climbed ranks to Brigadier General. Alongside General George Washington, Pulaski carved a legacy for himself that included building a colonial military as yet undeveloped — the cavalry. His contribution in building the cavalry from the ground up made him the ‘father of the American Cavalry’.

While only 15 years old, Pulaski gained some knowledge of warfare when his homeland of Poland and Russia went to war. He decided to immigrate to the British Colonies after his encounter with Benjamin Franklin in Paris. It was Pulaski’s experience on the battlefield and his courage that made him a favorite of General Washington. Pulaski would not, however, live to celebrate the victory of the war. He was injured in the battle of Savannah on October 9, 1779. General Pulaski died a few days later on October 11. The day also honors Polish immigrants and their descendants who have made important contributions to American society. Generations of Polish have contributed to the growth of the nation in various fields. One can witness Polish excellence in the Armed Forces, skilled labor, innovation, and the arts and culture.

Casimir Pulaski is born on March 6 in Warsaw.

Pulaski begins his military career as a page of Carl Christian Joseph of Saxon.

Pulaski, his father, brothers, and four others form the Bar Confederation.

The General dies in the U.S. in 1779, having been mortally wounded by grapeshot from the French forces.

What is General Pulaski Known for?

Many things: In Poland, as the man who fought for freedom in two continents, and is given the title ‘liberation soldier’; in the U.S., he is honored for his aid to the American Revolutionary Forces.

Is General Pulaski a woman?

While Pulaski identified as a man, he did not conform, in terms of biology, to the definition of a man or a woman, so researchers have concluded that he is likely ‘intersex.’ 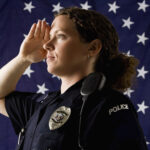