Fountain Pen Day takes place on the first Friday in November, so it’s on November 5 this year. It started in 2012 and is a day set aside to specially embrace and promote the use of fountain pens and the enjoyment of writing in general. The day is supported by many businesses and organizations worldwide, and it is common for supporting businesses to hold offers and promotions either on or leading up to the day. The point of the day is to emphasize the beauty of writing with elegant tools and the joy of creative writing in style.

The earliest form of a fountain pen was used by the ancient Egyptians, in 3,000 B.C. These were called styluses. They used reed straw to write with ink made from vegetable gum and soot. These were called ‘dip pens’ because of the way they were dipped in the ink. Over many centuries ‘reservoir pens’ were developed — pens that held their ink. These came into use from the year 953, and throughout the 17th and 18th centuries, mentions were made of metal writing pens.

To begin with, chisels were used to mark stones. Then the Egyptians used bits of papyrus reed to mark out the shapes of cuneiform, or bits of charcoal to mark words on pieces of birch bark or leaf. Eventually, ink was created using various types of plant matter and even iron. Ink now required new tools for application, and quills — large stiff feathers from birds’ wings or tails — were used. Writers wrote with a carefully cut nib to draw up the ink and transfer it to paper. This could be quite messy, so blotting paper was used to tidy up any ink splashes. Over time, the need arose for a more efficient means to put ink to paper, and in 1636, the fountain pen was designed by Petrache Poenaru from Romania. He combined a reservoir of ink with a metal nib that didn’t require being recut constantly.

In 2012, fountainpenday.org created the Fountain Pen Day to welcome, support, and share the use of fountain pens in day-to-day life, as well as revive handwriting as a whole. On this day, special offers are given to make it easier for those new to fountain pens to give them a try, or those who already love them to upgrade or add another to their collection. While no longer the primary writing instrument in modern times, fountain pens are still used for important official works and are now often treated as luxury goods and sometimes as status symbols.

A patent is filed for an ink cartridge system for fountain pens.

Fountain pen makers begin to adopt the use of plastic cartridges.

Are fountain pens good for everyday use?

Yes, fountain pens can be used for everyday writing, calligraphy, sketching, as long as you get the right one that suits your needs.

What does a fountain pen symbolize?

In “Death of a salesman” the fountain pen is a symbol of greed, although they are generally associated with elegance, attention to detail, and the effort put into writing a document.

What is the smoothest writing fountain pen?

How To Celebrate Fountain Pen Day

5 Facts About Fountain Pens That Will Fascinate You

Why We Love Fountain Pen Day 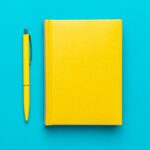 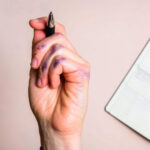 Use Your Common Sense Day