Drowsy Driving Prevention Week is observed during the first full week of November, from November 5–11 this year. It’s time to raise awareness on this often overlooked issue and to consider ways to prevent the thousands of injuries and deaths caused by fatigued and sleepy drivers in the U.S. each year. Did you know that Drowsy Driving Prevention Week has been observed since 2008?

Drowsy driving is the act of operating a vehicle while sleepy, and it can affect anyone who gets behind the wheel. The Legislative arm of the State of Florida designated the first week of September to Drowsy Driving Prevention Week to educate the public on the dangers and to remember eight-year-old Ronshay Dugans who was killed in 2008. Ronshay’s school bus was hit by a driver who had fallen asleep at the wheel.

However, the National Sleep Foundation holds Drowsy Driving Prevention Week on the first full week of November each year, the week following the end of Daylight Saving Time. According to a survey conducted by the foundation before Drowsy Driving Prevention Week was initiated, more than half of American adults reported that they consistently drive drowsy. 20% admitted to having fallen asleep behind the wheel in the previous year alone. These results highlight a major need for public enlightenment and awareness. The foundation identifies young adults between the ages of 16-25 as the most at risk, together with shift workers working long hours, commercial drivers, people with untreated sleep disorders such as obstructive sleep apnea, and business travelers.

The National Highway Traffic Safety Administration (NHTSA) estimated that over $12.5 billion in monetary losses, 71,000 injuries, and more than 1,550 deaths, are caused by drowsy driving crashes each year. The NHTSA has an ongoing collaboration with the Centers for Disease Control and Prevention (CDC) and the National Institutes of Health (NIH) and believes most crashes caused by drowsy driving occur between midnight and 6 a.m., or in the late afternoon. They conservatively estimate that young drivers who drive drowsy cause 100,000 police-reported crashes each year. In America, Uniform Commercial Citation are now issued to Commercial Motor Vehicle (CMV) drivers if it is discovered that they were tired or ill at the time of a crash. These drivers, who operate commercial buses carrying over 15 passengers, or trucks transporting goods or hazardous materials, must comply with federal and state regulations regarding sleep to make sure the roads are safe.

Through the Interstate Defense Highway Act, President Eisenhower develops an Interstate Highway System that brings an uptick in the number of American drivers.

Sleep deprivation is ruled a major cause in what remains the worst rail disaster of the 21st century, in which a passenger train traveling from Newcastle to London, collides with a Land Rover Defender crashing down onto the rail line, and is derailed into the path of an oncoming freight train.

An eight-year-old girl is killed when her school bus is hit by a drowsy driver, leading to the first State of Florida-instituted Drowsy Driving Prevention Week.

A Public Law is passed in the fall of 2013, requiring the Federal Motor Carrier Safety Administration to undertake the formal rulemaking process in proposing guidelines for testing commercial drivers for sleep apnea.

What are the seven warning signs for drowsy driving?

Constant yawning or an inability to keep your eyes open; skipping some seconds and not remembering driving the last few miles; getting too close to cars in front of you; missing signs or turns; having trouble keeping your head up; and drifting into other lanes, onto the ‘rumble strip,’ or onto the shoulder of the road.

Is drowsy driving against the law?

Although there are no laws targeted at drivers who doze off while driving, it may expose you to criminal or civil liabilities. If someone witnesses you looking fatigued behind the wheels, you may also be charged with reckless driving.

Research shows that not getting enough sleep affects your brain the same way drinking alcohol does. In both cases, the neurons respond slower, take longer, and send weaker signals.

What are three ways to prevent drowsy driving?

First, abstain from alcohol, painkillers, or sleeping aids, if you plan to drive. You may also avoid the road during times of the day when people are most vulnerable to drowsiness. Finally, improve your habits and practices surrounding sleep. 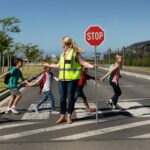 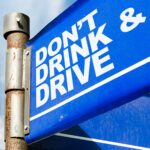