“Don’t cry over spilled milk” is the contemporary iteration of the idiom, “No weeping for shed milk,” originally published in 1659 in “Paramoigraphy”— a book of proverbs by Welsh historian and author James Howell. Proverbs are wise sayings offering sage advice and moral guidance for living life well, but not all idioms are proverbs. An example of another idiom is, “Feeling under the weather,” which means feeling unwell.
We will never know just how many glasses of milk James Howell saw spilled out and cried over before he was inspired to use all those messy little incidents to pen his sage advice. But we can guess it was often enough for him to observe that nothing is ever gained by fretting and worrying over trivial incidents like spilling a glass of milk and the small problems that inevitably happen just in the course of each day. Worrying and regrets don’t change the fact that something happened; looking back and feeling sad, depressed, or upset can never change anything. The best thing to do when we spill milk or make messes in our lives is to clean up the mess right away, the best we can, and then not waste time dwelling on them or worrying about them.

By the year 1738, Howell’s idiom had evolved, as language does, and was rephrased as, “’Tis a folly to cry for spilled milk,” in a witty essay on manners and making small talk, titled, “Polite Conversation” by Irish author, satirist, and clergyman Jonathan Swift. Today, we say “Don’t cry over spilled milk.” Although the words and syntaxes have changed over centuries and generations, Howell’s sage advice has not only stood the test of time, but it may be more relevant today than when it was first published more than 300 years ago.
Continuing to hold onto the past doesn’t change anything about the past. But many of us do just that, refusing to let go and let live and get on with life after making a mess of some aspect of it. So maybe a Don’t Cry Over Spilled Milk Day on the calendar isn’t so silly after all. We can all use a reminder to pause and reflect on how well we are adjusting and adapting to life’s little interruptions and make sure we are not carrying any regrets as baggage along our way.

Dozens of glasses of milk spill, prompting James Howell to write an idiom about not crying over spilled milk, instead of pursuing making sippy cups.

Fresh Off the Press

The idiom “No weeping for shed milk,” is published in James Howell’s book of proverbs, “Paramoigraphy.”

James Howell continues to bank on idioms instead of sippy cups to stop crying over spilled milk until his death.

He publishes “’Tis a folly to cry for spilled milk,” literally calling people fools for crying over spilled milk and holding onto past regrets.

Howell’s descendants regret that James never patented his sippy-cup design, which today is a multimillion-dollar-per-year industry.

Is it ‘spilled milk’ or ‘spilt milk’?

It depends on where you live. The past tense of the verb ‘spill’ can be written as either ‘spilled’ or ‘spilt,’ but ‘spilled’ is the preferred form. ‘Spilt’ is most often considered a spelling error by American English teachers and editors. Outside of America, ‘spilt’ is generally accepted as a proper past tense form of the verb ‘spill.’

How do you stop crying over spilled milk?

Life can get messy. We all spill a little milk along the way in the form of mistakes and bad choices. Rather than crying over your mess, feeling sorry for yourself, and bemoaning every unfortunate situation with regret, the best thing you can do for yourself is first to accept that you cannot change whatever happened — what is done is done.

What are some famous idioms?

“A dime a dozen,” means something is common and relatively easy to acquire.

“Beat around the bush,” means avoiding saying exactly what you mean because it is uncomfortable to say.

“Break a leg,” means “Good luck,” a wish used commonly in the theatre between actors.

What to do on Don’t Cry Over Spilled Milk Day 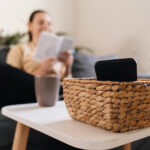 Get Out Your Guitar Day

World Day of the Sick