The host of the popular television show “Mister Rogers’ Neighborhood,” Fred Rogers, was born on March 20, 1928. In 1963, Rogers made his first television appearance in “Misterrogers,” later renamed “Mister Rogers’ Neighborhood,” the show that catapulted him to regional and then national fame. For more than three decades, Rogers would continue to be one of the most popular children’s T.V. show hosts in the United States, ending his 33-year run in 2001. He passed away from stomach cancer in 2003, but his legacy continues to live on. Let us celebrate his birthday with some insights into his life and career.

The much-loved and well-known children’s television host Fred Rogers created a name for himself with his show “Mister Rogers’ Neighborhood.” Born on March 20, 1928, in Latrobe, Pennsylvania, to James Rogers, a wealthy businessman, and Nancy Rogers, a hospital volunteer, Rogers had a comfortable life growing up. He had one younger sibling, a sister, Elaine, who was adopted by his parents when Rogers was 11.

Even though Rogers declared in interviews that he hated television as a medium, he took to it and decided instead to use it to his advantage. Straight out of college, he went to work for N.B.C. in New York, as a floor director for children’s shows. In 1952, he married his wife, Sara Joanne Byrd, an accomplished pianist. They were married for 51 years and had two sons — James and John.

In 1953, he returned to Pittsburgh with his family and worked on developing an award-winning children’s show — “The Children’s Corner” — with Josie Carey, who was the host. While working on the show, he graduated from the Pittsburgh Theological Seminary with a bachelor of divinity degree in 1962. The following year, he was ordained as a minister, in charge of ministering to children and their families through the medium of television.

It was in 1963 that Rogers made his first appearance on television as the host of the Canada Broadcast Company (C.B.C.) children’s show “Misterogers.” After four years, Rogers acquired the rights to the show from C.B.C. and moved back to Pittsburgh in the United States. He took the show to the WQED network with a new name — “Mister Rogers’ Neighborhood” — and thus began a children’s show that would have a stellar run of over 33 years and 905 episodes. Aside from hosting the show, Rogers himself wrote and edited each of the episodes, played the piano, wrote some 200 songs and 13 operas, and created all show characters!

The show, which started with a target audience of two- to five-year-olds, later took on widespread audiences, largely on account of the topics chosen by Rogers and the manner in which he addressed them on the show. His quiet manner, his affability, and authenticity on-screen, as well as off-screen, endeared him to children and their families alike. In 1971, Rogers began producing the now-renamed show “Mister Rogers’ Neighborhood” under the newly formed company Family Communications Inc. (Later renamed The Fred Rogers Company).

In 2000, Rogers brought an end to the show by taping the last episode on December 1, which was subsequently broadcast in 2001. During his long and illustrious career, he also authored some 35 books, with topics ranging from advice for parents and children to life lessons for everyone.

Over his lifetime, Rogers received not just the love and adulation of his fans but also praise from industry peers. He won four Daytime Emmy Awards, the National Academy of Television Arts and Sciences Lifetime Achievement Award in 1997, and the Presidential Medal of Freedom in 2002. A documentary featuring him was made in 2018, and in 2019, a feature film — “A Beautiful Day in the Neighborhood” — was released, based on his friendship with the Esquire journalist Tom Junod. The documentary features Tom Hanks, who is also distantly related to Rogers. Rogers remains one of the most beloved children’s show hosts of all time, inspiring generations of children to be kinder to others and more accepting of themselves.

He Begins Work with the N.B.C.

Straight out of college, Fred Rogers lands a job with N.B.C. as a floor manager and assistant producer on some of their shows.

Production Begin for “The Children’s Corner”

He Makes His First Television Appearance

Signed on by C.B.C. in Toronto, Rogers stars as the host of the children’s show “Misterogers.”

His Show Debuts on American Television

“Mister Rogers’ Neighborhood” begins airing on television, in the northeastern United States, with a 30-minute runtime and Rogers as the host.

His Show is Renamed, Again

After a change in the broadcaster, the show is given the more-familiar name “Mister Rogers’ Neighborhood.”

He Receives the Lifetime Achievement Emmy

For his role in inspiring and motivating generations of children for decades, Rogers is awarded the Lifetime Achievement Emmy.

He Records His Show’s the Final Episode

After 33 years on air, on December 1, Rogers records the final episode of “Mister Rogers’ Neighborhood,” before retiring from television.

He Receives the Presidential Medal of Freedom

In recognition of his service to the nation and contribution to children’s education, Rogers is awarded the Presidential Medal of Freedom.

Why We Love Fred Rogers

No. The host of the popular television show passed away in 2003 after a diagnosis of stomach cancer.

Is “A Beautiful Day in the Neighborhood” a true story?

Yes. The Tom Hank–featured documentary is based on the real-life friendship between Fred Rogers and journalist Tom Junod.

Who are Fred Rogers’ sons? 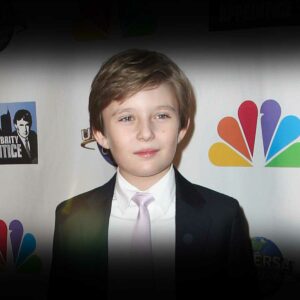 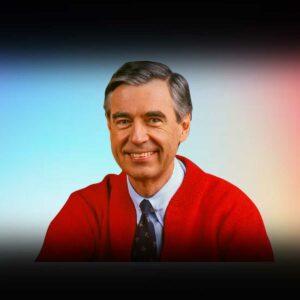