A renowned actor and teen sensation, Noah Centineo was born on May 9, 1996. He is known as Dallas from the famous Disney show “Austin and Ally.” Movie buffs remember him as Peter Kevinsky from the sensational Netflix film “To All the Boys I’ve Loved Before.” He has also landed key roles in a number of T.V. shows and films, such as “Shake It Up,” “The Perfect Date,” and “Sierra Burgess is a Loser.” So, without further ado, let’s raise a toast to the actor and celebrate his special day.

Noah Gregory Centineo was born in Miami, Florida, U.S. His father is Vincent Centineo, a pastor turned businessperson, and his mother is Kellee Janel, who worked as a yoga instructor. He also has a sibling: an elder sister named Taylor. When he was young, his family relocated to Boynton Beach, Palm Beach County, Florida.

The actor completed his early education at the Bak Middle School of Arts. Thereafter, he got enrolled in the Boca Raton Community High School. Growing up, he played soccer and had a keen interest in the sport. When he was eight years old, his sister, Taylor, auditioned for an agency in West Palm Beach. Without any prior plan or intention, he ended up auditioning too. After realizing that he had an interest in acting, he quit school in 2012 and moved to Los Angeles with the aim to become an actor.

His family relocated to Los Angeles when Centineo cracked a role in Disney Channel’s famous series “Austin & Ally.” He bagged his big break in 2009 when he was offered to play the lead in the film “The Gold Retrievers.” Centineo was just 15 years old when he portrayed Josh Peters in this film. Subsequently, he starred in the Disney film “How to Build a Better Boy” in 2014 and “The Fosters” in 2015. In 2017, he appeared in the drama-thriller web series “Tagged.” He gained massive popularity in 2018 when he portrayed Peter Kevinsky in the Netflix film “To All the Boys I’ve Loved Before.” The actor is well known for his exceptional performances in “Sierra Burgess is a Loser,” “Swiped,” and “The Perfect Date.”

He stars as the lead in the film “The Gold Retrievers.”

He Becomes a Disney Kid

He joins the cast of Disney channel’s “Shake It Up.”

His Rise to Stardom

He gains popularity as Jesus Adams Foster for his drama series “The Fosters.”

His Transformation into a Teen Idol

He portrays Peter Kavinsky for Netflix’s teen comedy film “To All the Boys I’ve Loved Before.”

He wins the People’s Choice Award for his performance in “The Perfect Date.”

Why We Love Noah Centineo

Did Noah Centineo get married?

Contrary to rumors, the actor denies all the hearsay of him getting married.

Who is Noah Centineo’s ex?

Although he keeps his personal life away from the paparazzi, he dated Alexis Ren.

Does Noah Centineo have a crush on Selena Gomez?

The actor admits that he has a huge crush on Gomez. 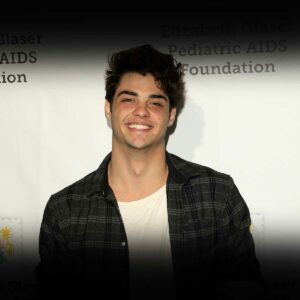