In 2002, the world began to celebrate International Aura Awareness Day every fourth Saturday in November, on November 27 this year. Since then, more people have become aware of the auras that surround all living things. An aura is a distinctive feeling or character, the air of a person or place perceived by those who encounter or experience them. In Latin and Ancient Greek, the literal word, ‘Aura,’ means wind, breeze, or breath, and it also meant ‘a gentle breeze’ in medieval English. International Aura Awareness Day celebrates the valid belief in the existence of auras as the energy around every creature of this world.

Cynthia Sue Larson began International Aura Awareness Day in 2002, but Indian religions such as Hinduism and Buddhism have mentioned ‘auras’ since time immemorial, connecting them to chakras and kundalini.

As early as in the 19th century, the word ‘aura’ already described a quality or energy emitting from someone or something, particularly with the rise of New Age Religions. Charles Webster Leadbeater was the first to talk about auras in that context. He was a priest of the Church of England who had studied theosophy in India. Leadbeater acknowledged that he had mystic powers, and he could use those powers to make scientific investigations. In his book “Man Visible and Invisible,” published in 1902, he illustrated man’s aura in various stages. A British occultist of the 20th century, W.E. Butler was the first to link auras with clairvoyance after discovering that they helped measure the body’s physical health.

Every human on earth has an energy field, or an aura, around them. This is also true for other living things such as plants and animals. Specific types of cameras capture auras, displaying them as halos or projections of light surrounding the body. Auras have different colors, which can change over time. Each color is believed to have an alternate importance. Red often depicts a fearless and passionate personality. Orange is imaginative and full of emotion. Pink is delicate and calm. White is devoted and has an uplifting positivity. Yellow has high self-esteem and is confident. Green is drawn to wildlife and nature, and are natural healers. Tan cherishes detail. Blue is caring. Purple has a richly powerful personality. These are the colors seen in different auras.
Conceptual artist Christina Lonsdale once said, “As human beings, we radiate a very low level of electricity that’s otherwise known as an electromagnetic field.” She became famous with the growing prominence of the Aura Camera lab “Radiant Human,” she started in 2014, where she takes portraits and reads auras. The camera in question is a Polaroid hand-built by Guy Coggins in the ‘70s. A few people claim to see auras around others; saying auras give an understanding of an individual’s convictions, thoughts, and personality. Auras can be dark too or injured, and a damaged aura demonstrates an emotional, physical or mental issue. Meditation, positive affirmations, visualization, and energy balancing can help cleanse the aura and bring recovery when an aura is damaged.

People become aware of an energy emitting from someone or something.

Guy Coggins invents the AuraCam 3000, an aura camera for commercial sale; the AuraCam 6000 is what most aura photographers use today.

Cynthia Sue Larson, a ‘Quantum Physics Optimist’ and author of “Aura Advantage: How the Colors in Your Aura Can Help You Attain What You Desire,” launches the International Aura Awareness Day.

How can I see my aura?

An open mind is necessary to see auras. It also takes practice, but it’s not impossible. Just place your hand against a plain background or paper and stare at the edge of your fingertips, and you may see a thin outline of color around it.

What is the rarest aura color?

White is the rarest, indicating a high level of spirituality and purity. The white aura is linked with the crown chakra, so people with this aura color can reach heightened states of consciousness, wisdom, and intuition.

How can I have a beautiful aura?

There are so many ways to do this. Have a grateful spirit, develop self-confidence, shut out bad energy, exercise and stay active, visualize your goals, meditate often, and generally engage in activities that encourage positivity. 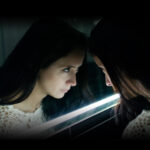 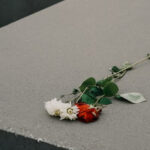