Alvin C. York Day on October 8 is an occasion where famed WWI hero Alvin C. York is remembered for his contributions to the war. This day also celebrated his unique character, his stance against fighting with anyone, and how he eventually ended up contributing a great deal to the battles he was a part of. Truly, this day is full of history, inspiration, and a newfound respect for the war heroes who served the United States of America. So on this day, pay a special tribute to Alvin C. York, and acknowledge thousands of other soldiers without whom the U.S. would not be the superpower it is today.

Before Alvin C. York became a war hero, he led a simple life in Tennessee. Born in 1887 to a blacksmith, York grew up with hunting skills and was often required to put food on the table for his large family. However, when he grew up, York decided to turn towards devotion to God and became a churchgoer. Things took a new turn when the U.S. became involved in World War I in 1917. Though York believed the bible strictly spoke against killing, he ended up joining the war after a petition with his draft board as a conscientious objector was rejected. He was assigned to the 82nd Division at Camp Gordon, Georgia.

Even at camp, York made his reservations towards killing anyone quite clear. Little did he know that protecting the nation was his destiny. This is why he became known as the best shot in his unit and was surprisingly fond of the U.S. Model 1903 Springfield rifle. Then came the fateful day when York’s unit was under fire from several German machine guns during a mission. Since the Sergeant of the unit was injured, York had no other option but to take charge. It is during this time that he started killing the German machine gunners one by one. Once the gunners were eliminated, the unit continued with the mission and York kept on killing the enemies that came in the way. On the way, he also took a German officer hostage and used him to gather prisoners from the army. He managed to accumulate 132 prisoners.

Till Death Do Us Part

You Reap What You Sow

The movie based on his life titled “Sergeant York,” directed by Howard Hawk, is released.

Sergeant Alvin York passes away at the age of 76.

Initially, he didn’t want to go to war but later went due to unavoidable circumstances.

Who was the most famous soldier in World War I?

Alvin C. York was one of the most famous and earned prestigious U.S. medals in WWI.

Was Alvin York a good shot?

Yes. He was the best shot in his unit.

5 Fun Facts You Need To Know About Alvin C. York 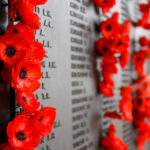