This year, the World Day of Remembrance for Road Traffic Victims is on November 21. It is observed on every third Sunday in November, and this World Health Organization and United Nations recognized holiday was founded by RoadPeace, a British charity organization, to acknowledge and commemorate the victims of road crashes and their bereaved families. Almost 4,000 people are killed and hundreds of thousands are injured on roads worldwide — every single day! The loss of a loved one to senseless violence, and the apathy of the judiciary and the government, is too much for a family to bear. The remembrance day encourages people to share resources and offer critical support to the millions affected by this recurring, preventable tragedy.

History of World Day of Remembrance for Road Traffic Victims

Brigitte Chaudhry MBE lived a seemingly inconsequential life with her husband and son until one day, fate rolled the dice and made her the central figure in Global Road Traffic Victim advocacy. In 1990, a fatal accident killed her only son, 26-year-old Mansoor, and Chaudhry sought justice. The response she received was less than ideal. Not only did she find it hard to protest his death in court, but the scorn of her community, and the apathy of the judicial system, sent a jolt down her spine. Shocked by the shabby treatment of her son’s death, Chaudhry founded RoadPeace, a British charity for road crash victims. RoadPeace operates a 24/7 helpline, providing emotional support and practical advocacy to the people affected by road crashes.

In 1993, RoadPeace founded The World Day of Remembrance for Road Traffic Victims to give public recognition to the pain and suffering of millions of people. The day has reached more than 30 countries within the last decade and is now a global event, observed in solemn remembrance of the lives we have lost to the senseless tragedy of road crashes. Each year has a theme. Some past themes have been “Life is not a car part” and “First Responders.”

The remembrance has also helped the U.K. Government change its posture towards the victims of road crashes and understand the enormity of the crisis. Through RoadPeace, Chaudhry’s singular aim is to change the attitude of people towards road traffic victims. Today, her tireless advocacy brings together thousands of bereaved families.

Bridget Driscoll is knocked over by a 20-year-old with only three weeks of driving experience outside Crystal Palace, London, becoming the first pedestrian to be killed by a vehicle in the U.K.

Brigitte Chaudhry MBE loses her only son to a road accident when the driver of a van jumps a red light and plows into him at a junction.

Shocked by the shabby treatment of her son’s death, Brigitte Chaudhry establishes the RoadPeace Foundation.

The Day of Remembrance

The United Nations formally adopts the day to acknowledge the victims of road traffic crashes and their families.

Brigitte Chaudhry MBE writes an open letter to commemorate the 125th Anniversary of Bridget Driscoll’s death, the first British death caused by the driver of a vehicle.

What is the Good Samaritan Law?

The Good Samaritan Law was formed in assistance with the Ministry of Road Transport and Highways of India to offer protection and support to bystanders who rush to help road traffic victims.

What is the goal of RoadPeace?

The central goal of RoadPeace is to change the attitude of society and the judiciary towards road traffic victims. It is inspired by Founder Brigitte Chaudhry’s personal experience of seeing her son’s treatment as a ‘third-class victim’ and the dismissal of his death as trivial.

Which country has the highest road traffic fatalities?

India has the highest road traffic fatalities, with over 450,000 road crashes reported each year. Although it accounts for only 1% of the world’s vehicles, 11% of road accidents happen on Indian roads.

How To Observe World Day of Remembrance for Road Traffic Victims

Why World Day of Remembrance for Road Traffic Victims is Important 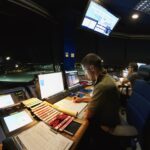