World Day Against The Death Penalty is observed annually on October 10 and it is a day set aside to raise awareness about the need to get rid of the death penalty from our justice systems. The campaign especially seeks to encourage and reinforce international public opinion and public decision-makers to fight for its abolition. It is supported by numerous NGOs and world governments, including Amnesty International, the European Union, and the United Nations.

History of World Day Against The Death Penalty

The death penalty, referred to as Capital Punishment, is the state-approved killing of a person as punishment for a crime committed by that individual. The execution of criminals and dissidents has been used by nearly all societies since the beginning of civilizations on Earth.

Over the years, human civilizations have made attempts at abolishing the death penalty but found society returning to it after few years. Examples include Japan in 724 A.D., during which the ban by Emperor Shomu only lasted a few years; in 747 A.D. in China, it was banned by Emperor Xuanzong of Tang and replaced with exile or scourging — this also only lasted 12 years.

Amnesty International holds that the death penalty breaches human rights, in particular the right to life and the right to live free from torture or cruel, inhuman, or degrading treatment or punishment. Both rights are protected under the Universal Declaration of Human Rights, adopted by the U.N. in 1948.

When Amnesty International started its work in 1977, only 16 countries had abolished the death penalty. Today, that number has risen to 108 — more than half the world’s countries. Each year, a theme is chosen. Their areas of focus have included access to a lawyer, child death sentencing, living conditions on death row, poverty, and justice.

Over time, more and more member states from all regions acknowledge that the death penalty undermines human dignity and that its abolition contributes to the enhancement and progressive development of human rights.

Grand Duke Leopold of Habsburg promulgates the reform of the penal code that abolished the death penalty.

The Roman Republic deems the death penalty as a violation of the right to life and bans it.

The European Council declares October 10 to be the European Day Against the Death Penalty.

Don’t victims of violent crime and their families have a right to justice?

Yes, they do. But for them, the death penalty for the perpetrator cannot genuinely relieve their suffering. It just extends that suffering to the family of the condemned person. The aim is to reduce violence, not cause more death.

Isn’t it better to execute someone than to lock them up forever?

The issue here is the offenders have their lives claimed by a system of justice that values retribution over rehabilitation. As long as a prisoner is alive, he or she has hope for rehabilitation or to be exonerated if later found to be innocent.

Why is the death penalty so expensive?

Some of the reasons for the high cost of the death penalty are the longer trials and appeals required when a person’s life is at stake, which directly require more lawyers and experts on both sides of the case and the relative rarity of executions.

How To Participate in World Day Against The Death Penalty

Why World Day Against The Death Penalty is Important 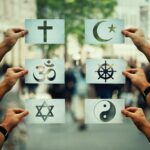 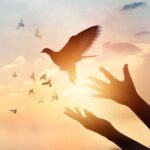 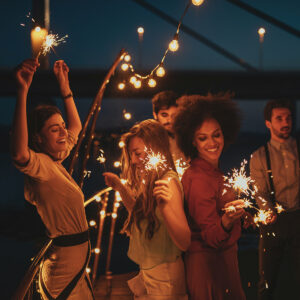