First, there was the telephone, then the fax machine, and then social media — a revolutionary way of communicating. Since its creation, people have been able to connect with each other like never before. Friends and family can connect at any moment, and marketers have been able to reach consumers in an entirely new fashion. In fact, people use social media for an average of 144 minutes every single day. Because of its impact on society over the years, Social Media Day was born on June 30, and it has continued to grow in popularity ever since.

World Social Media Day was launched by Mashable on June 30, 2010. It was born as a way to recognize social media’s impact on global communication and to bring the world together to celebrate it. Everyone uses social media every day; it’s how we connect with people all over the world in a simple and fast way. Mashable is known to use social media to connect various cultures, movements, and fandoms, which is why they wanted a day to celebrate it. People use the hashtag, #SMDay every year, and this year is your time to get involved!

The first social media platform ever to be launched was Sixdegrees in 1997. Founded by Andrew Weinreich, the website allowed users to list friends and family members and had features such as profiles, bulletin boards, and school affiliations. At its peak, Sixdegrees had over a million users but it was eventually shut down in 2001.

YouTube launched its website dedicated to video in 2005 and Twitter followed with its limited characters platform in 2006. As both grew in popularity, so did Facebook, and the most popular social media platforms for the next five years were being established.

Instagram launched in 2010 and saw rapid growth, gaining over a million users within the first couple of months. With Instagram challenging their dominance, Facebook purchased the platform for $1 billion in 2012. Facebook also purchased the encrypted messaging platform WhatsApp for $16 billion in 2014. One platform that Facebook failed to buy was Snapchat. Snapchat, which became popular due to its disappearing stories feature, was launched in 2011 and reportedly turned down a $3 billion offer from Facebook in 2013. The most recent addition to the list of social media heavyweights is TikTok. The app was launched in 2016 and has become incredibly popular due to its extensive music and video editing features.

As social media has evolved and grown in popularity, so has the scrutiny that the platforms come under. With controversies surrounding their use of data, hate speech, impact on mental health, election results, and fake news, the platforms are under more pressure than ever to be transparent with what goes on behind the scenes.

Social media has become a way to instantly connect, often with friends and family, but also with complete strangers. It has become a huge source of news, shopping, finding influencers for businesses and general entertainment. Social media day is for us to enjoy the positives that these platforms have brought into our lives, and maybe like or share a photo or two.

The Birth of the First Super Computer

Scientists and engineers are interested in building new ways to network, which eventually leads to the birth of the internet as we know it.

The First Social Network is Created

Six Degrees is the first ever social network, where users can create profiles, upload photos, and connect with others for the first time.

Created in Cambridge, Massachusetts, it is founded by Mark Zuckerberg.

Social Media Day Around the World

Social Media is one of the tech world’s biggest developments of recent times. Let’s take a chance to look at other technology related holidays that should be on your radar.

There’s one main tradition that is observed on Social Media Day and that is, of course, posting about it on social media. Who’d have thought it? Many people upload photos or stories that reflect the role that social media has played in their lives. Others choose to repost their favorite uploads from the past and generally it is a chance for people to share some love online.

Many websites use Social Media Day as an opportunity to compile lists of some of their favorite social media moments. If you have a spare 20 minutes or so it is well worth your time to find some of these lists and enjoy some of the funniest, most viral social media posts knocking around.

World Social Day by the numbers

500 million – The number of people using Instagram Stories each day.

35 minutes – The average user spends on Facebook each day.

What social media day is today?

Why is Social Media Day celebrated?

In 2010, Mashable started Social Media Day on June 30 to celebrate the wonderful realm of social media, which revolutionized communication and the way we interact with the world. Social media has vastly changed our lives and brings people together, which is worth celebrating.

What is the most popular social media platform?

To this day, Facebook still has the most amount of users compared to any other social media platform.

Why We Love Social Media Day 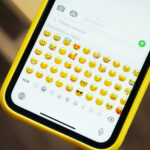 Get Social on World Social Day