One Voice Day on July 26 is a day that revolves around the world joining together and forgetting all the differences of race, religion, and boundaries. Yes, this day is all about committing to the cause of world peace so our future generations never have to experience war. The essence of the day lies in making a promise of peace and unity by reciting the Universal Peace Covenant. To celebrate this day to the fullest, understand why peace is important and how it can make the world a better place.

History of One Voice Day

One Voice Day was created in 1996 and is recognized as the day that people globally gather together and read the Universal Peace Covenant. The document is important for people of all ages because it defines how we all can think peacefully and how an attitude of peace can be adopted in the forever-changing world. It is during this time that all the different voices in the world become one. The Universal Peace Covenant was created by students in the School of Metaphysics.

The concept of peace, however, has existed for centuries. For instance, peace is the core teaching of various great religions such as Buddhism, Hinduism, Islam, Judaism, and Christianity. In fact, peace was taught by renowned leaders that are still recognized on a global scale. This includes individuals like Gandhi and Martin Luther King. Gandhi also introduced a theory called Satyagraha, according to which it was contradictory to use violence to obtain peace.

While many countries still struggle for peace, Sweden and Switzerland are an example of how the task can be achieved if enough effort is put into the cause by a country’s leaders. Peace and neutrality among states have been observed in Sweden since 1814. Similarly, Switzerland has had an official policy of neutrality since 1815. Moreover, the modern world has also introduced the academic field of Peace and Conflict Studies in order to reduce the chances of war. Will our future generations reap the fruits of our efforts in working towards achieving global peace?

Match Made in Heaven

A Prize that Matters

The Nobel Peace Prize begins to be awarded to those advocating peace.

The Force is With You

Why is peace important?

Peace is a promise made by every politician because it is the only way citizens can attain a better life.

What is the best definition of peace?

Peace is a state in which there is security, calmness, and no stress.

Why can’t we have world peace?

Peace is hard to achieve because of prejudices amidst nations and hatred based on class, creed, color, and gender.

How to Observe One Voice Day

Why One Voice Day is Important National All or Nothing Day 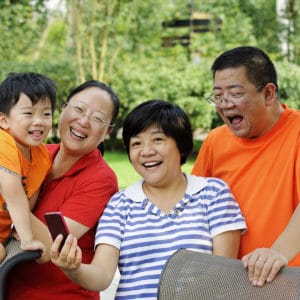