National All or Nothing Day is celebrated every July 26 to encourage people to give their all to every task or dream they embark on. This can either be a sport, an assignment, a friendship, or even a Crossfit workout. The key is to break the limit your mind has set and allow yourself to take risks. Yes, it’s time you let out the daredevil within and dedicate the next 24 hours to achieving tasks you were too cautious to even think about doing before. Today is the day to break the rules and make your life super exciting!

History of National All or Nothing Day

The perfect way to live life is to put your all into something. If it’s an investment, you go all in. If it’s a business idea, you drop everything and give your all to that particular business. In the case of a hobby or a talent, many people dedicate every fiber of their being to that particular talent. This is the main essence of the saying “All or Nothing.”

According to the Cambridge dictionary, the term means either doing something completely or not doing it all. While it may seem easy to adapt to such a philosophy, the fact is, it is quite risky to put your all into something. Hence, it requires courage, confidence, and decision-making skills to invest everything into a decision and stick to it. And since this sort of attitude is so hard to achieve, National All or Nothing Day was formed. The purpose? To push people to take risks.

Being a risk-taker leads to ample new opportunities. Don’t believe us? History is flooded with risk-takers who gave their all to their dreams. This includes Neil Armstrong, the first man to land on the moon. Though he was trained as a pilot in the navy, he decided to embark on a trip to the moon when he joined NASA. Another notable figure is Bill Gates, who dropped out of Harvard because he wanted to concentrate on Microsoft. Let’s not forget Henry Ford, who once upon a time reduced the prices of the Model T so much that he almost went bankrupt. This decision was taken only to maintain the demand for the brand.

National All or Nothing Day timeline

The song ‘All Or Nothing’ is recorded by Frank Sinatra.

The band O-Town releases their song ‘All Or Nothing.’

The band Westlife releases their hit ‘All Or Nothing.’

Bryan Adams releases his song ‘All Or Nothing.’

National All or Nothing Day FAQs

The United Nations General Assembly is responsible for coming up with relevant world days.

What is ‘all or nothing’?

The term means that something should be done fully and completely or it should not be done at all.

Why do I have an all-or-nothing mentality?

Having an all-or-nothing mentality means you evaluate your life in extreme terms and do not leave space for grey areas.

National All or Nothing Day Activities

Why We Love National All or Nothing Day

National All or Nothing Day dates

National All or Nothing Day related holidays 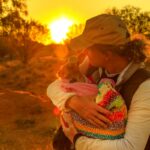 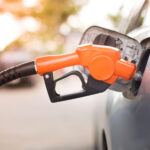 National All or Nothing Day
National Aunt and Uncle Day