If it seems like yo-yos have been around forever, that’s because they have; we’re talking over 2,000 years! Some believe it all started in ancient Greece, but modern yo-yos likely came from the Philippines. In fact, the word “yo-yo” first appeared in a Filipino dictionary in 1860. But they didn’t become popular stateside until the 1930s. Pedro Flores (of Filipino descent) began mass producing yo-yos in 1928. After holding some promotional competitions, he caught the eye of Donald F. Duncan Sr, who thought these yo-yo things were awesome! Duncan bought Flores out, hired him to run the marketing campaigns, and the rest is National Yo-yo Day history.

Today the Duncan Toy Company is synonymous with this iconic toy. However, it wasn’t Duncan’s or Flores’ idea to hold a National Yo-Yo Day. No, that honor goes to Daniel Volk — a yo-yo pro whose talent helped spread the toy’s popularity. After all, he starred in “The Yo-Yo-Yo Man Instructional Video” alongside the Smothers Brothers.

In order to pay tribute to his employer, Volk founded National Yo-yo Day on what he thought was Duncan’s birthday: June 6. As it turns out, Duncan’s birthday is actually June 8, but hey, it’s the thought that counts. Anyway, National Yo-yo Day has been held on June 6 since 1990, so why stop a good thing? We’re certainly not going to. So, channel your inner child and let’s start celebrating!

Yo-yos are made out of wood, metal, or painted disks.

The yo-yo is considered the second-oldest toy ever and is patented by James L. Haven and Charles Hettrich.

Modern yo-yos in the United States have the string looped only around the axle.

The yo-yo becomes the first toy to go to outer space.

Why We Love National Yo-Yo Day 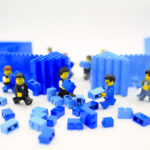