We celebrate National Plan for Vacation Day every year on the last Tuesday in January to remind us to start planning our vacations and to take time off from work and school. Vacations help people spend some quality time with their family and friends, and it also helps with their mental health. Vacations also lead to an increase in tourism, which ensures a well-functioning economy. This day is important so stop postponing your vacation and plan to take a few weeks off. Many brands and media houses also participate in this day to help people pick out destinations and provide them with the best travel outfits.

Geoffrey Chaucer’s “Canterbury Tales,” published in the 14th century, contains the earliest known reference to the concept of vacation. The word ‘vacacioun’ is used in the prologue of the “Wife of Bath” chapter, which refers to spare time. Until the 19th century, the word ‘vacation’ was used by Americans the same way the English used it, meaning “vacating a place.” At the time, it referred to when teachers and students had to vacate the school premises and go out. Vacation was also seen as a sign of privilege, as it still is for so many today.

Gradually, the vacation came to include the middle class as well and started to stand for a general time of leisure and respite. One of the not-so-well-known turning points in the history of American travel occurred in 1869. A young preacher from Boston named William H.H. Murray published one of the first guidebooks ever about the wild Adirondack Mountains region. By exploring the Adirondack Mountains, which cover a massive expanse of lakes, forests, and rivers in upstate New York, Murray developed the very innovative travel idea (at the time, it was seen to be outrageous) that an excursion into the wilderness of nature could be pleasurable. This idea inspired treks and excursions where people from cities sought out the peace and quiet of the natural world.

The need for this day became especially important when survey findings revealed that Americans were not using their vacation days since 2015. This was, in turn, negatively affecting their health, relationships, and even companies.

The Meaning of Vacation

During this time, vacation refers to vacating school premises.

As a young Boston preacher, Murray publishes one of the first guidebooks ever about the wild Adirondack Mountains region.

Surveys show that Americans don’t use their vacation days, which, in turn, negatively affects their health, relationships, and companies.

The Best Carry-on Travel Backpacks for 2022

These reimagined carry-on travel backpacks have your back regardless of whether you pack light or heavy.

The Best Travel Pillows for 2022

Travel pillows are great for comfort and support during long-haul flights, road trips, and train journeys.

Travel comfortably and in style with the best-in-class carry-on luggage you can find on the market right now!

Who took the first vacation?

The Romans took the first vacation, and they would go away for two whole years!

What is the point of a vacation?

Vacations help improve one’s physical and mental health, and it makes people discover new things about themselves and what they want to do with their lives.

How many vacations in a year is normal?

One should take at least two long trips per year, and maybe some shorter trips in between. Ideally, the total time spent on vacation should be around 30 to 45 days per year.

How To Celebrate National Plan for Vacation Day

Why We Love National Plan for Vacation Day 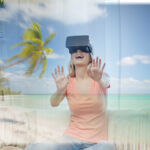 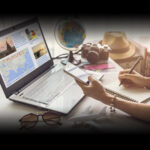 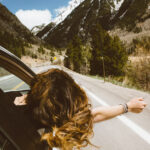