Speak Up and Succeed Day is celebrated on the fourth Tuesday of January every year. The speaker and author, Mary-Ellen Drummond, established it, and we celebrate the day to observe the importance of the ability to speak up in a public setting. It is only by speaking up that others can take notice of who we are and our ideas. It can change people’s minds and motivate others. Speaking up in front of others can lead to success in terms of your career or personal life. Public speaking is a skill that you can only attain by challenging yourself, and today is the perfect opportunity to do so.

History of Speak Up and Succeed Day

The ancient Greeks valued public discourse as an act of political participation. Aristotle (384 B.C. to 322 B.C.) is known to be one of the most significant proponents of rhetoric, i.e., the classical style of public speaking using the art of persuasion. The Classical Period educated citizens on public speaking from the early teachers known as Sophists. Sophists were self-appointed professors who imparted knowledge about how to succeed in the civic life of Greece.

In 106 B.C., Cicero, a Roman, became one of the most influential figures in public speaking of all time. He published many books which concentrated on the art of public speaking, and he created the five canons of rhetoric, a five-step process for developing a persuasive speech that we still use to teach public speaking today. The Enlightenment Period that started in 1600 A.D. revived the classical public speaking tradition. The classical rhetoric style evolved into the elocutionary approach, which focused on delivery and style by watching the speaker’s bodily actions such as gestures, vocal tone, facial expressions, and pronunciation.

Speak Up and Succeed Day timeline

The Five Canons of Rhetoric

A Roman named Cicero creates a five-step process for developing the art of public speaking.

During the Enlightenment Period, the classical style of public speaking evolves into the elocutionary style, which studies the bodily movements of the orator.

Public speaking becomes an essential skill offered in schools and universities as courses.

Speak Up and Succeed Day FAQs

What are good public speaking skills?

Confidence is the most basic skill of a good orator. Others include brevity, eloquence, vocal tone, and your ability to engage the listener.

What are the signs of speech anxiety?

Speech anxiety can be described as the unease a speaker feels before or during their speech. Sweaty palms, rapid breathing, a shaky voice, and scattered thoughts are some of the signs.

What day is World Speech Day?

How To Celebrate Speak Up and Succeed Day

Why We Love Speak Up and Succeed Day

Speak Up and Succeed Day dates 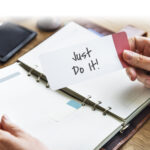 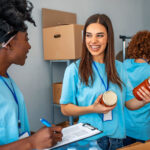 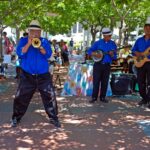