National I Love Lucy Day falls is celebrated  October 15 and who doesn’t love this iconic comedy? At this very minute, somewhere in the world, Lucy and Ricky are arguing in 44 countries. Today, we recall a simpler time when the family gathered around one (we repeat one) rabbit-eared, black and white TV set with only three channels. CBS was the only channel to watch on Monday nights at 9 PM. So throw on your pj’s and bunny slippers to walk down memory lane.

I Love Lucy Day, which takes place on October 15, celebrates the trendsetting sitcom of the same name, I Love Lucy. Premiering on this day in 1951 and lasting until May of 1957, the hilarious comedy spearheaded by Lucille Ball as the bubbly, aspiring-star Lucy, and her real-life husband Desi Arnaz as singer and bandleader Ricky Ricardo took America by storm.

Shot in Hollywood, the show was innovative and fresh. It was the first sitcom to be shot in 35mm film in front of a live audience, those were real laughs we were hearing, not canned laughter. Three cameras were used simultaneously to shoot the show, allowing three different angles for each scene. After Lucy’s pregnancy, the reruns that were shown as a way to let her rest were so popular that it effectively started the concept of the rerun, revolutionizing TV as we know it.

I Love Lucy was the most-watched television show in the country for most of its airtime, even becoming the first show to end while at the top of the Nielsen ratings. It won five Emmy awards and has consistently been called one of the greatest shows in television history. Following the end of the original run of the series, one-hour episodes rebranded as The Lucille Ball-Desi Arnaz Show or The Lucy-Desi Comedy Hour were broadcasted from 1957 to 1960. Starting in 1962, Ball starred in The Lucy Show, which ran until 1968, when Here’s Lucy started and broadcasted until 1974.

Today reruns of I Love Lucy are broadcast on several late-night networks, such as the Hallmark Channel, TBS, Nick and Nite, and TV Land, as well as many streaming sites. It is credited to be the longest-broadcasted TV show of all time.

​"I Love Lucy" debuted on CBS

​Over 71% of the nation watched "Lucy Goes To the Hospital."

​​Toilets stopped flushing in parts of the country when the iconic episode "Lucy Goes to the Hospital" aired.

​​"TV Guide" honored the "I Love Lucy Show" with its ranking as the "Second Greatest Show of All Time."

Where can I watch I Love Lucy nowadays?

If you want to keep up on Lucy on her day, check out different streaming services such as Netflix or Amazon Prime, as well as satellite TV schedules.

How can I find out more about I Love Lucy Day?

Use #ILoveLucyDay to post on social media and to find anything else you might be curious about on this day and the show overall.

What more can I do for I Love Lucy Day?

Take internet quizzes, visit forums, or just chat up with your fellow fans on social media, have a blast reminiscing of this show!

Why We Love I Love Lucy Day 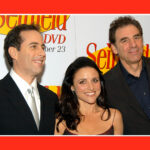 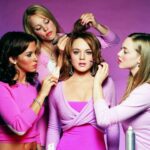