Thais celebrate National Father’s Day on December 5 every year. It is a national holiday in Thailand where schools and businesses are closed. This day celebrates fatherhood across the country. Thai people honor and thank their dads and father figures for the contributions that they make to their children’s lives. Small gifts or signs of appreciation are traditionally presented.

King Bhumibol was born in Massachusetts, United States, on December 5, 1927. Bhumibol was an admirable figure across Thailand. His birthday has long been marked with celebrations and festivities across the nation. It serves as a yearly occasion to remember the late king who passed away on October 13, 2016.

On National Father’s Day, Thais honor their fathers and grandfathers by presenting them with a canna flower, which resembles a lily and is called ‘dok phuttha raksa’ (‘ดอกพุทธรักษา’) in Thai. King Bhumibol’s birthday has been honored in the past by festivals and candlelit events. In the past, Thais would descend on the streets to salute the King for his birthday. People would stay out the night before to secure a place and the opportunity to observe the king when he appeared and gave speeches. Thais wore yellow shirts to these celebrations, as yellow is the color that is associated with Monday, the same day as the king’s birthday in 1927.

The magnitude of King Bhumibol’s birthday celebrations has ensured that they have taken place all around Thailand for a long time. This is certain to continue for the foreseeable future.

Father’s Day in the U.S.

What is the Thai version of "Happy Father's Day"?

Sùk-săn wan pâw (สุขสันต์วันพ่อ) is a term used by Thai people to wish each other a Happy Father’s Day.

Is Father's Day celebrated the same way in all countries?

Is Thailand a young country?

As far back as 20,000 years ago, there was evidence of human civilization in Thailand. Rice cultivation in the region dates back to 2000 B.C., according to archeological data.

How to Celebrate National Father's Day in Thailand

5 Facts About Thailand That Will Blow Your Mind

Why We Love National Father's Day in Thailand 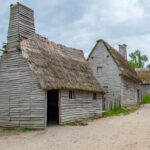 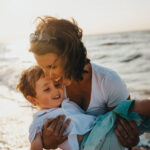