One of the yummiest days, National Curried Chicken Day or National Chicken Curry Day, is on January 12. This fantastic dish has been filling our bellies in the Western world since the 1800s and has been in existence long before then. We have India to thank for providing us with this delicious recipe, which has since spread all over the world, reaching the United Kingdom, America, and the Caribbean.

Chicken curry is one of the most popular chicken dishes we know today. With its long, adventurous history, it remains one of the go-to poultry dishes to date. Curry is any dish with a sauce, seasoned with spices, and it dates back to the B.C. era.

Chicken curry remains one of the most prominent curry dishes, and the most sought after. Originating in India, this dish has since taken different aliases across the Western world: in the U.S. it is popularly known as the ‘country captain chicken,’ while in the U.K. it goes by the name ‘coronation chicken.’

History states that soldiers stationed in India during the British rule were craving for this delicacy and started including it on their menus. In the early 1800s, a British sea captain stationed in Bengal, India, shared the recipe for this dish with some friends at the major shipping port in Savannah, Georgia. The earliest statement of that record dates to 1825, and by 1858, the dish gained wide popularity across the U.K.

In 1940, a woman from Warm Springs, Georgia, served this dish under the name ‘country captain’ to Franklin D. Roosevelt and General George S. Patton, but the recipe gained its popularity in the U.S. only after the 1950s. Chefs Constance Spry and Rosemary Hume cooked the curried chicken recipe for the coronation ceremony of Queen Elizabeth II in 1953, and it was called ‘coronation chicken.’ Since then it has become a much-loved sandwich filling as well.

A typical curry from India consists of chicken stewed in an onion and tomato-based sauce, flavored with ginger, garlic, chili peppers, and a variety of spices, often including turmeric, cumin, coriander, cinnamon, and cardamom. Outside of India, chicken curry is often made with a pre-made spice mixture known as curry powder.

The Introduction of Curry

Curry is introduced to English cuisine, from Anglo-Indian cooking.

A British sea captain stationed in Bengal, India, shares the recipe for this dish with some friends at the major shipping port, under the name 'country captain.'

The President Gets a Taste

It is called 'coronation chicken' and is cooked by chefs for the coronation ceremony of Queen Elizabeth II.

Is curry healthy to eat?

Can one eat curry every day?

It’s OK and healthy to eat it every day, research says: the curcumin common in curry spices helps supply protein that builds the immune system.

What gives curry its yellow color?

Turmeric spice creates the yellow color in any curry dish and has been known to reduce the possibility of Alzheimer’s disease. 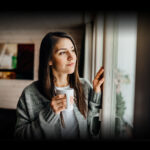