Who among us can resist the temptation to indulge in a handful of the iconic treats of our childhood as we celebrate National Animal Crackers Day on April 18? Animal crackers are arguably one of the best-recognized food products on the planet today. Who knew that the little menagerie of zoo and circus creatures that delighted us as children would later become one of our fondest childhood memories and a simple guilty pleasure for us as adults?

Animal crackers have been part of American childhood memories since the late 1800s when they were first imported from England where animal crackers were invented. When recipes for the popular animal-shaped biscuits made their way to America, independent bakers began baking up herds of the animals to meet growing demand.

Although not first to market with animal crackers in America, when the National Biscuit Company, Nabisco, introduced their brand of animal crackers packaged in small boxes that looked like P.T. Barnum circus train cars, they quickly became the most popular brand of animal crackers in America. Their ingenious circus-train-themed packages were initially sold as Christmas tree ornaments. The colorful boxes sporting exotic animals in circus train cars with a string for hanging on the tree were an immediate hit with children who begged for boxes of animals to carry around by a string. When all the animals in a box had been devoured, children filled the circus car boxes with childhood treasures, creating an unexpected shelf life extension and bonus marketing for the Barnum’s Animals brand.

But not all animal crackers are created equal, and despite the popularity and fast ascension of Nabisco’s Barnum’s Animals to the iconic childhood cookie, many people still preferred the original Stauffer’s Animal Crackers recipe. The difference in texture and flavor between the two brands is distinctive, and there remains a continued strong market for both brands of animal crackers to this day.

Stauffer’s Biscuit Company still produces Original Animal Crackers using the original 1871 recipe. Their strategy has been to produce a consistently crisp, layered dough cracker that is more like a traditional English biscuit, and less sweet than a cookie.

Nabisco still produces its colorful, wild animal-themed, small-carton packaging that appeals to young children. Nabisco’s animal crackers are a little sweeter and softer in texture than a cracker or biscuit. Some animal cracker aficionados would argue that Nabisco’s Barnum’s Animal Crackers are actually animal cookies, not crackers. Nabisco changed the name of their product from Barnum’s Animals to Barnum’s Animal Crackers in 1948, a move probably not necessary to remain the category leader as is evidenced by the product’s fast rise to fame and continued appeal to children.

Whether you prefer the crispy biscuit-like crackers or the sweeter, softer cookie-like variety, on National Animal Crackers Day, we’re of the notion that the more animals in the parade, the merrier. We’re not sure exactly when animal crackers were first commemorated with their own special date on the calendar, but on National Animal Crackers Day we are all-in and all about animal crackers on parade.

The Animals are Created

Animal crackers, or ‘animals’, are invented in the U.K. where they are wildly popular and eventually exported to America.

The earliest-known print recipe for ‘animals’ is published in “Secrets of the Bakers and Confectioners’ Trade,” written by J.D. Hounihan and first published in 1877.

The National Biscuit Company (Nabisco), introduces its iconic Barnum’s Animals in a circus-train-themed box and quickly becomes the most popular brand of “animals” in America.

Animal Crackers are freed from their box cages after 116 years when the iconic circus cage box is replaced by an image of animals walking freely across an open savanna.

What animals are in Nabisco’s Barnum’s Animals?

Let’s be honest. Any recipe with the primary ingredients of refined flour, sugar, and butter or shortening is probably not going to qualify as a healthy snack on any eating plan. Animal crackers probably belong in the dessert category.

What is the difference between a cookie and a cracker?

Crackers have less sugar and shortening- and more flour than cookies, making crackers less sweet and crunchier than cookies. According to Stauffer’s Biscuit company, their animal crackers are made with layered dough, which gives their crackers a distinct crunch and delicate texture. If you break an animal cracker in half, you will see layers. Nabisco’s Barnum’s Animal Crackers are less crunchy and more cookie-like than a cracker. 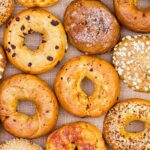 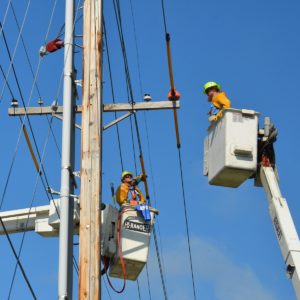