Improve Your Office Day, observed every October 4, marks the day when we declutter and make our workspace more productive — and even uplift the spirits in our offices if necessary! The concept of an office originated from the medieval monks’ scriptorium — a place for writing. But the concept became formalized in the 18th century when the East India Company needed a “bureaucracy to process information and make decisions” about its newly acquired empire in India. Over the years, the office has undergone different designs, sizes, and philosophies, but it has always been within a designated building.

History of Improve Your Office Day

The office has come to signify any place where we get our job done, and that can be in an office building, a coworking space, Starbucks, the library, or even a corner in our house. While we may accept the way we work now and the concept of an office may seem timeless, the office does have a history, and it wasn’t always as it is now.

The medieval monks created the first workplace in the 15th century. The “scriptorium” was a cubicle-style desk made for copying manuscripts and used by lay scribes and illuminators. How the office evolved after that, we do not know. But before the advent of purpose-built office buildings, business owners did their office work — mostly clerical activities — in their homes above their shops. That includes the likes of the Rothschilds and the Barings.

The way people worked changed when the first purpose-built offices, the Old Admiralty Buildings, were opened in 1726. The East India Company made that a trend when it opened its headquarters on Leadenhall Street in the middle of the 18th century, which prompted other corporations to follow suit.

The 20th century ushered in an era that revolutionized the office into how we know it today. The workplace went through several iterations, from open plan office, Bürolandschaft (office landscape), and Action Office, to the much-hated cubicle farm offices, business centers, coworking spaces, and finally, remote work. The commercialization of the light bulb in the early 20th century and the invention of mobile phones and PCs allowed for extended work hours and blurred the lines between personal life and work.

Improve Your Office Day has been marked for years now on October 4 by employers and employees alike to make their workplace more productive for them.

The Invention of the Workspace

The scriptorium is invented to create a space where monks can concentrate when they work on copying manuscripts.

Old Admiralty Buildings become the first purpose-built offices when they open in London.

Cubicle Farms – The Invention of a Travesty

The advent of the COVID-19 pandemic takes us back to where the office started, home.

How can you improve your performance at work?

Eliminating distractions, setting clear milestones and personal goals, prioritizing your strengths over your weaknesses, and using the right tools are some of the ways you can improve your performance at work.

How do you improve your office working environment?

Work on improving communication between your employees, improving the lighting, giving your employees more control over where they work, and investing in technology or furniture to boost productivity.

Is Improve Your Office Day the same as National Office Day?

No, they are different. National Office Day, also known as Administrative Professionals Day, is dedicated to professionals that help keep the office running efficiently, while Improve Your Office Day is for every worker.

How To Celebrate Improve Your Office Day

5 Facts About The Cubicle Not Many Know

Why We Love Improve Your Office Day 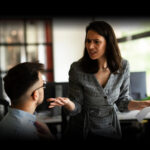 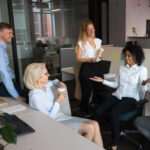