Now’s the time for all animal-lovers to show us their compassion because October 4 is World Animal Day and we’re planning to make a big roar. Animals can’t talk in the conventional way that humans communicate with each other. But there’s one day where we can all give a voice to the animals who can’t speak for themselves. On October 4, people spanning the globe will come together to celebrate World Animal Day. In any corner of the planet, no matter which country you explore, animals will consistently have a strong impact on the region’s culture.

World Animal Day dates as far back as 1925 when Heinrich Zimmermann organized the first celebration in Berlin. Zimmermann, the publisher of a German animal lovers’ magazine, “Man and Dog,” launched the event to raise awareness and improve the welfare of animals. The date of October 4 is also known as the feast day of Saint Francis of Assisi, the patron Saint of animals. Beloved among all Catholics, Saint Francis was famously recognized for his remarkable way with animals and all living things. Saint Francis is also the chosen papal name for His Holiness himself, Pope Francis. Some Catholic churches have even been known to offer blessings to pets on this day in honor of all Saint Francis has done for animals.

World Animal Day has also become an arena for ecologists to discuss the problems associated with endangered species. Beginning in 2003, the UK-based charity, Naturewatch Foundation, has sponsored the event and organized ways for animal lovers all over the world to take part and make their voices heard in support of our animal friends. This day is not just for domesticated animals, it’s for wild animals, endangered species, and those threatened by environmental devastation or lack of protection. This day is a reminder not just to love the animals in our homes but to appreciate and respect all living things that are a part of our ecosystem.

Greek philosopher Pythagoras is the first in a line of several Greek and Roman philosophers to teach that animals have souls and advocate for vegetarianism.

Early vegan Lewis Gompertz publishes “Moral Inquiries on the Situation of Man and of Brutes,” one of the first books advocating for animal rights.

The Power of Literature

Anna Seawell’s novel Black Beauty is the first English novel written from the perspective of a non-human, and spurs debate over the treatment of horses.

The Society for Animal Protective Legislation (SAPL) is the first organization to lobby for humane slaughter legislation in the US.

Where can I get my pet blessed on World Animal Day?

Find your local Catholic church and ask if they are offering animal blessings.

Are there any events on World Animal Day?

Likely! It’s a global holiday, check out local animal shelters and conservation centers to find out if there are any opportunities for you to give back!

How do I participate in World Animal Day?

There’s lots you can do! You can volunteer at a local shelter or conservation center, join in a peaceful protest, or donate to your favorite animal rights organization.

How to Observe World Animal Day

Why World Animal Day is Important 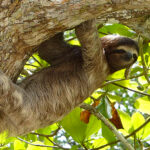