Confucius Day is on September 29 and we’re looking forward to celebrating it by reflecting on the teachings of the great philosopher, distinguished teacher, and respected scholar. Today, Confucius is respected far beyond China where he was born, and notable figures around the world cite his teachings and philosophies as having a significant influence on their lives for over 2,500 years.

Born Kǒng Qiū and fondly called ‘Master Kong,’ Confucius is believed to have been born on September 28, 551 B.C., in the 22nd year of the reign of Emperor Xiang. He was born in the small town of Qufu, in the state of Lu, in what is now the Chinese Province of Shandong [or Shantung]. Some historians say Confucius’s father, Shu-liang was a nobleman and soldier. Sadly, when Confucius was only three years old, his father died and left him to grow up in poverty with his widowed mother.

Undeterred by his changed fortune and the ideological crisis prevalent in his early years, Confucius became an outstanding student-turned-master who devoted his life to creating an ideological change in his time. It wasn’t Confucius’s intention to start the first private school in China when he turned 22, but he was surrounded by able-bodied young disciples who looked up to him and called him ‘master.’ His earliest disciples were named ‘Yan Hui Zigong,’ and ‘Zilu’ — some of whom subsequently became noblemen and political administrators.

While in his 50s, Confucius was appointed Lu’s Grand Minister of Justice. Later, he spent his last years as an itinerant teacher spreading his philosophies across China. Although he regretted that his philosophies never had the expected influence on Chinese culture at the time of his death, years later, his teachings became the official philosophy of the Chinese government. Confucius didn’t establish a religious order, rather, he emphasized the need for the people to return to personal virtues — such as ‘chung’ and ‘shu,’ (equal love for self and others). According to him, these two virtues were the main components of ‘jen,’ or humanity, which is the foundation of Confucianism.

A Sage is Born

Confucius is born in Qufu, China, on September 28.

The Exit of an Icon

Confucius dies on November 21, a year after the demise of his son, Tzu-lu.

Where is the birthplace of Confucius?

How is Confucius’s birthday celebrated in China?

The annual festival marking Confucius Day in China begins early in the morning at the Confucius Temple in Qufu and features traditional music and dances, with participants donning beautiful traditional costumes. Tourists from around the world also join the celebration.

Why is Confucius Day related to Teacher’s Day?

Confucius’s birthday is also observed as Teacher’s Day in China and Taiwan because Confucius believed in education without discrimination. Confucius’s disciples came from different social classes, and he accommodated them all.

Why We Love CONFUCIUS DAY 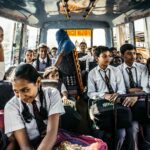 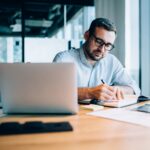