If you’re an adventure lover, extreme sports addict, or an adrenaline junkie, you will love Bridge Day, the third Saturday of October every year — falling on October 16 this year. Despite what the name implies, Bridge Day isn’t a day to celebrate the architectural beauty of bridges all around the world. Bridge Day is a festival held in Fayetteville, West Virginia in the United States where thousands of adventure lovers either watch or take part in various extreme sports that largely involve jumping off the New River Gorge Bridge. About 100,000 people arrive at Fayette County on the third weekend in October every year to take part in the Bridge Day Festivities. The New River Gorge Bridge Day Commission organizes the event and closes the bridge to automobiles for the event.

In June 1974, construction began on the New River Gorge Bridge and three years later, on October 22, 1977, the bridge was opened to the general public. The bridge was the world’s longest single-span arch bridge for 26 years and is now the fifth-longest. Because of the bridge’s whopping 876 feet height, it was a natural attraction for daredevils around the world. The initial person to jump off the bridge was Cowen’s Burton Ervin, a coal-mine foreman who jumped off the bridge on August 1, 1979, using a conventional parachute.

The first Bridge Day was held on the New River Gorge Bridge in 1980 with an attendance of roughly 40,000 people. Bridge Day has been held on the third Saturday of October every year apart from in 2001after the tragic bombings of September 11 and the 2020 COVID-19 pandemic respectively.

The events of the day revolve around daredevil BASE jumps, rappels, and white-water rafting, among many others. BASE is an acronym that stands for the different places BASE jumps can be made from – buildings, antennae (radio masts), spans (bridges), and Earth (cliffs).

Bungee jumping was a major event on Bridge Day, with the first confirmed Bridge Day bungee jumper being Skip Stanley, popularly known as the Blue Bandit, who jumped off the bridge during the 1985 Bridge Day. However, bungee jumping is no longer a part of the Bridge Day festivities. It was banned in 1994 because of the length of time it took to reel bungee jumpers back up.

Bridge Day has been a part of many world records. In 1992, Chris Allum, a New Zealander, set the record for the world’s longest bungee jump from a fixed structure during the 1992 Bridge Day activities. A year later, he also set the world record for most people in a single bungee jump when he and six others did a bungee jump off the bridge in a large basket.

Buton Ervin, a miner, is the first to jump off the bridge a year before Bridge Day starts.

The First Bridge Day is Held

Stuntman Skip Stanley, the Blue Bandit, is the first to bungee jump off the New Gorge Bridge on Bridge Day.

It takes too much time to reel jumpers back up and it leaves too little time for other activities.

Has anyone died on Bridge Day?

Over the years, three people have died during Bridge Day because of various BASE jumping-related accidents. In 1983, Michael Glenn Williams died when his gear was caught in the current after his jump. This was because there was only one rescue boat available at the time, a problem which has been fixed today with the provision of multiple rescue boats with at least one boat always being available before a jump. In 1987, Steve Gyrsting used gear that was not BASE-specific and died when his main chute refused to deploy during his jump. The third death was in 2006 when Brian Lee Schubert died after failing to deploy his parachute in time.

How much does it cost to jump off the New River Gorge Bridge?

Before you can BASE-jump off the bridge, you need to pre-register and pay certain fees. Jump passes cost $75 and registration typically begins in July.

Can you walk across the New River Gorge Bridge?

The New River Gorge Bridge can be accessed by foot. The most popular is to walk on the actual bridge on Bridge Day, the only day the bridge is open to pedestrians and closed to motor vehicles or can join a guided tour. The less popular alternative is to go on a scheduled bridge walk under the bridge. You will be put in a safety harness as you walk across the two-foot-wide catwalk under the bridge.

5 Things You Absolutely Must Do On Bridge Day

Why We Love Bridge Day 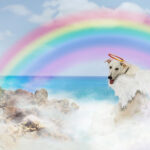 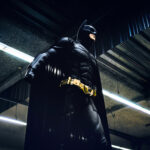