JJ Watt, born on March 22, 1989, started playing ice hockey during his junior year for several travel teams. During his high school years, he got involved in various other sports, such as track and field, baseball, basketball, and football, which we famously know him for. Aside from sports, he’s very accomplished in other areas as well — just in 2018, Watt got an honorary degree in medicine from Baylor College of Medicine. Despite the many injuries he has incurred, Watt managed to bag many awards throughout his football career. Let us celebrate him on his special day as we acknowledge his achievements and the good he has done for society.

Born on March 22, 1989, in Pewaukee, Wisconsin, to parents Connie and John Watt, Justin James Watt had his destiny already spelled out for him. He has two younger siblings, namely, Derek and T.J. Watt, who both seem to have followed in their brother’s footsteps, becoming professional footballers. Watt’s love and passion for sports began at an early age, but unfortunately, he was forced to give up hockey at the age of 13 due to the family’s lack of finances to afford all the hockey equipment he needed. He then played football when he got to high school and invested some time in playing basketball, baseball, and track and field as well. Setting a new school record in 2007, he won the state-level title for his shot put.

After signing the $11.24 million contract with the Texans, Watt’s career in football skyrocketed, winning countless awards that came with injuries. Playing against the Jacksonville Jaguars in 2011, he had his first multi-sack game to victory and won three awards in his rookie year. Two years later, he received a $30.9 million bonus after signing an extended $100 million contract with the Texans, making him the highest-paid N.F.L. non-quarterback player at that time.  In 2016, he suffered a herniated disc in his back but recovered from it. Later in 2018, he had a tibial plateau fracture in his left leg and had to sit out the remaining season.

Since 2020 it’s been good news after good news for Watt, and signing a contract in 2021 worth $28 million with a guaranteed $23 million with the Arizona Cardinals was but the least of it. In the previous year, 2020, Watt and professional soccer player Kealia Ohai tied the knot in the Bahamas.

After being offered an $11.24 million contract by the Texans, Watt shows them his appreciation by qualifying them, for the first time in franchise history, for the playoffs.

His Efforts Pay Off

Watt is always passionate about helping others, and his efforts are recognized, which is why he is named the “Sports Illustrated” ‘Sportsperson of the Year.’

Following his knee surgery, Watt misses some N.F.L. games due to a torn pectoral injury.

After years of dating and a year of engagement, Watt finally weds professional soccer player Kealia Ohai in the Bahamas.

Why We Love JJ Watt

What is JJ Watt’s jersey number?

His jersey number is 99

Who is JJ Watt’s celebrity crush?

He has admitted to having a crush on Jennifer Aniston.

Watt left Central Michigan hoping that his leaving would help him reach the N.F.L., which eventually did. 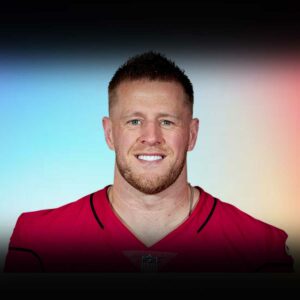 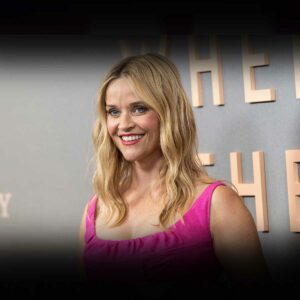