Gary Vaynerchuk, born on November 14, 1975, is a motivational speaker, serial entrepreneur, and wine connoisseur from Belarus. You may know him for his popular restaurant reservation software company, Resy; his winery, Empathy Wines; his communications company, VaynerX; or may have even come across some of his inspirational content via his YouTube, TikTok, or podcast channels. Vaynerchuk migrated to the United States (U.S.) from the Soviet Union in 1978 and grew up in a small studio apartment in Queen, New York, which he shared with eight other family members. He joined his family’s wine business at 14 and grew its annual revenue from $3 million to $60 million under his management.

It’s Gary Vaynerchuk’s special day, and we are dying to tell you all about him! You may have heard about him through one of his multiple ventures, VaynerMedia, or may have even listened to one of his inspiring podcast episodes. Whatever the case may be, Vaynerchuk constantly proves himself as a thriving entrepreneur, a personality, and a force to be reckoned with. His story begins in Babruysk, Belarus, on November 14, 1975. When he was three years old, Vaynerchuk and his family immigrated to the U.S. Hence, in 1978, Vaynerchuk and his entire extended family found themselves sharing a studio apartment in Queens, New York. It’s safe to say he had the entrepreneurial spirit from the very beginning because, at the age of seven, he was running a full-blown Lemonade franchise. You heard us right! A ‘franchise’ of lemonade stands in multiple locations, which he managed all by himself. Before that, he would pluck flowers out of his neighbors’ yards and use his charm to sell them right back.

As a teenager, Vaynerchuk added some more experience under his entrepreneurial belt by starting a business that made him thousands of dollars every week — selling baseball cards. The business was booming, and throughout high school, he earned big bucks selling baseball cards and toys to corner stores and his peers. Sasha Vaynerchuk, his father, began working at a relative’s liquor store in Edison, New Jersey, eventually moving the whole family with him. This turn of events also led to a halt in Vaynerchuk’s newfound career as he began working in the family business, bagging ice for $2/hour. He bagged a degree in management science from Mount Ida College in 1998 and took charge of the liquor store. Leveraging the internet, he transformed their local brick-and-mortar store into one of the first e-commerce platforms for alcohol in the country, rebranding it to the Wine Library. Shortly after, he kicked off one of the first long-form episodic video shows on YouTube in 2006, “WineLibraryTV.” These major improvements grew the business from a profit of $3 million to a whopping $60 million a year.

A couple of years and unprecedented popularity later, precisely in 2011, Vaynerchuk stepped away from the business to start up his digital ad agency, VaynerMedia, which, as of 2016, grossed $100 million in revenue. The digital agency is a subsidiary of VaynerX, which oversees other media and tech companies like Vayner3, Resy, and Empathy Wines. He also serves on the boards of Candy Digital and V.C.R. Group, and he is an angel investor in companies like Facebook, Twitter, Tumblr, and Venmo. He has more than 12 million followers combined across his social platforms. His podcast, “The GaryVee Audio Experience,” is ranked among the top 100 business podcasts in the world, and he is a five-time “New York Times” Best-Selling author. The sky is the starting point for the entrepreneur, investor, author, and speaker, Vaynerchuk.

More Than Cards and Toys

Vaynerchuk earns thousands of dollars selling baseball cards and toys to his peers and corner stores.

Reality hits as he begins working for his family liquor business bagging ice for $2/hour.

Vaynerchuk takes a step away from the family business to start up VaynerMedia.

He launches his publishing career by acquiring the women’s magazine “PureWow” from the Gallery Media Group and restructuring it into VaynerX.

Why We Love Gary Vaynerchuk

He married his wife Lizzie in 2004, and they have two wonderful children. Rumors have circulated about their split or potential divorce, and although we cannot confirm it, certain pictures on his page say otherwise. He was spotted with pharmacist and wellness expert, Mona Vand. However, Vaynerchuk keeps a mostly private life and has neither confirmed nor denied the separation rumors.

How much money did Gary Vee make from N.F.Ts?

He sold his childlike hand-drawn cartoons as N.F.Ts and earned more than $90 million in just 90 days.

What does the Five mean to Gary Vee?

He was a Jets fan and wanted a jersey, but his family couldn’t afford one, so his mother made him one with his name and the number five. 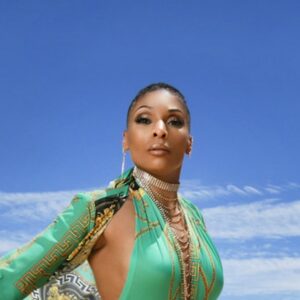 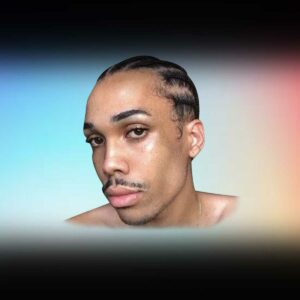