Eric Clapton, born on March 30, 1945, became interested in music during his teenage years when he played the guitar for the first time in his life. He has since played several more guitars throughout his very successful career in rock and blues music, which has spanned several decades. Clapton’s talent has earned him titles such as ‘one of the greatest guitarists of all time’ and ‘one of the most influential guitarists of all time.’ He has inspired countless musicians and has continually expanded his fans throughout his career.

Eric Clapton was born on March 30, 1945, in Surrey, England. He is half British, half Canadian, the son of Patricia Molly Clapton and Edward Walter Fryer. But his mother was very young when he was born, and his father was a drafted soldier, so he was raised by his grandmother and step-grandfather, believing that he was their son and that his mother was his half-sister.

For his 13th birthday, he received an inexpensive acoustic guitar, and though he wasn’t very interested at first, he then became more consistent in playing it and started to take music more seriously, teaching himself chords by listening to blues records. At 16, he enrolled in the Kingston College of Art, but he was expelled after not showing as much interest in art as he did in music. This led him to start busking and, eventually, start performing in a duo he formed with musician Dave Brock. He then joined his first band, the Roosters, and played some gigs with Casey Jones and The Engineers.

Clapton was already getting noticed in the British music scene, but his success began when he joined a rock band also influenced by blues, called the Yardbirds, in 1963, to the point that he gained a cult following and made his Royal Albert Hall debut. The band achieved success but wanted to move to a more pop-oriented sound, so Clapton left because he was devoted to blues.

In 1965, he joined John Mayall & the Bluesbreakers. During his time with the band, he received a great deal of praise, but it wasn’t until after he left the band, in 1966, that he gained world fame for the album he had recorded with them, “Bluesbreakers with Eric Clapton.” He was soon invited to join the newly-formed band Cream, where he developed his singing and songwriting abilities, as well as expanded his guitar skills. The band allowed him to do shows in the U.S. for the first time, where he played a Gibson S.G. guitar painted for him by a Dutch design collective, The Fool, which the guitar is named after. It has become one of the most famous guitars in the world, due to the bright artwork that made it a symbol of the psychedelic rock era.

In 1967, an unknown fan spray-painted “Clapton is God” on a wall, a graffiti that got captured in a now-famous photograph. Cream became incredibly successful and influential and made Clapton a guitar legend, but tensions arose among the members, and the band broke up in 1968.

However, this didn’t harm Clapton’s career, as he went on to collaborate with The Beatles, particularly guitarist George Harrison. He then formed a band, Blind Faith, which was a great success but only lasted seven months. After this, he toured and collaborated with other musicians, including John Lennon and Harrison. In 1970, Clapton released his self-titled debut solo album. But it seems that he didn’t enjoy being the sole star, so he formed another band, Derek and the Dominos. With this band, he released the hit love song ‘Layla.’ However, the band dissolved after conflicts.

Clapton, while successful, also faced many challenges in his personal life, including addiction and relationship problems, which made him go on a career hiatus. In 1973, Pete Townshend of The Who organized a concert for Clapton and help him battle his addiction. In 1974, Clapton returned to music and released his second solo studio album, “461 Ocean Boulevard,” where he covered Bob Marley’s ‘I Shot the Sheriff,’ which became his first number-one hit. He followed this up with his third studio album, “There’s One in Every Crowd,” released the following year.

Clapton continued to release albums and go on tours worldwide, accompanied by his touring band. However, he struggled with alcoholism throughout, and in 1982 he checked into rehab. After he was discharged, he released more studio albums and began to collaborate with Roger Waters and Phil Collins, the latter producing Clapton’s “August” album in 1986, which became his biggest-selling album at the time. However, Clapton’s struggles with alcohol continued, and he checked into rehab yet again in 1987.

He faced a great tragedy in 1991 when his four-year-old son died in an accident. Clapton poured his grief into ‘Tears in Heaven,’ one of his most famous songs to this day. Over the decades that followed, he continued to release albums and work with renowned musicians, many of whom had become his lifelong friends.

He Develops an Interest in Music

He Joins the Yardbirds

Clapton joins the Yardbirds and his work with the jazz-influenced band starts earning him a following.

He joins John Mayall & the Bluesbreakers, and his fame skyrockets.

Clapton releases a song, ‘Tears in Heaven,’ in honor of his dead son, and it touches the hearts of millions.

He’s Honored by the Grammys

As a member of Cream, Clapton receives a Grammy Lifetime Achievement Award.

Why We Love Eric Clapton

What disease does Eric Clapton have?

Clapton was diagnosed with peripheral neuropathy in 2013. It causes him pain in his arms and legs, but he still performs live despite it.

Is Eric Clapton the best guitarist?

Clapton is often said to be one of the greatest guitarists in the history of music. So while it’s difficult to say for sure whether he is the best, he is definitely among the best.

Who is Eric Clapton married to?

Clapton has been married to Melia McEnery since 2002. 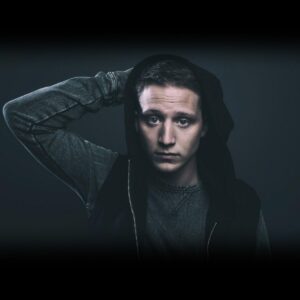