Windrush Day is celebrated in the United Kingdom every year on June 22. The day marks the arrival of Afro-Caribbean immigrants to the shores of Britain and honors the British Caribbean community. An estimated half a million people made their way to England after the Second World War. The first Windrush Day was held on June 22, 2018, after a successful campaign led by Patrick Vernon. Since then, more and more people have started participating in Windrush Day celebrations and observations to show empathy with the hardships that the previous generations of Black Britons endured and the current generations continue to endure.

On June 22, 1948, 492 Caribbean people arrived at Tilbury Docks, Essex on the Empire Windrush ship. While news reports claimed that the number was 492, the ship’s records show that more than a thousand passengers were on board. The United Kingdom suffered significant losses after the Second World War, and the British government decided that it was essential to recruit Afro-Caribbean migrants for the production of steel, coal, iron, and food, and running public transport. The transition wasn’t smooth and the first Afro-Caribbean immigrants faced violence and intolerance from the majority of the white population. Black people were also banned from many pubs, clubs, and churches.

Patrick Vernon recognized the importance of the day and called for its commemoration to acknowledge the contribution of migrants to British society, culture, and economy. Vernon first launched a petition to this effect in 2013, which was followed by another campaign in 2018, during the Windrush scandal. Officials accepted the petition and the government declared June 22 as Windrush Day. The community was also supported by a grant of up to £500,000 to honor the contribution of the Windrush generation and their descendants in making Britain a culturally diverse country. Although Windrush Day isn’t a public holiday, the citizens of the United Kingdom observe the day with parades, dances, and other events.

The first generation of Windrushers arrives at Tilbury Docks, Essex.

Commonwealth citizens in the U.K. are officially permitted to live in the country indefinitely.

Immigration rules are tightened for those who live and work in the U.K.

What happened on Windrush Day?

About 500 immigrants from the Caribbean arrived on British shores on June 22, 1948.

Why do we celebrate Windrush Day?

How long did it take for the Windrush to get to England?

How to Observe Windrush Day

5 Facts About The United Kingdom That Will Blow Your Mind

Why Windrush Day is Important 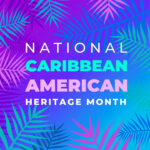